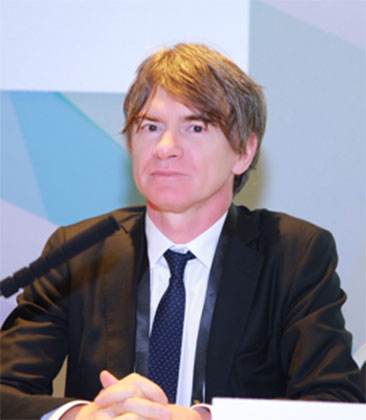 Dr. Riccardo Cappato is currently Chief of the Arrhythmia and Electrophysiology Research Center at IRCCS Humanitas Research Center in Milan, Italy, and Director of the Arrhythmia and Electrophysiology II Center at Humanitas Gavazzeni Clinics, Bergamo, Italy. He is a Fellow of the European Society of Cardiology and the Heart Rhythm Society, as well as the current President of the European Cardiac Arrhythmia Society (ECAS). He is also  the Co-Director of the Europe AF Congress since 2007.

Dr Cappato began his medical training at the University of Ferrara, completing in 1983. He was a junior physician in the Department of Cardiology of the Arcispedale Santa Anna di Ferrara, Reggio Emilia, Italy, where he also completed his internship and residency. Between 1993 and 2000, he was the Co-Director of the Electrophysiology Laboratory (EP-Lab) at Eppendorf University and St. Georg General Hospital, Hamburg, Germany. His clinical interests focus on the management of supraventricular and ventricular arrhythmias, and in their treatment with transcatheter radiofrequency ablation.

Dr. Cappato is Principal Investigator for X-VERT (eXploring the efficacy and safety of oral rivaroxaban OD compared with that of dose-adjusted oral VKA for the prEvention of caRdiovascular events in patients with non-valvular aTrial fibrillation scheduled for cardioversion) and VENTURE-AF (randomized, open-label, actiVe-controlled multi-cENTer stUdy to evaluate the safety of Rivaroxaban and vitamin K antagonists in subjects undergoing cathEter ablation for Atrial Fibrillation) studies. Dr Cappato is also leading investigator of a patient-based worldwide atrial fibrillation ablation survey. He is a patent inventor of the Subcutaneous ICD developed by Cameron Health. He frequently serves as an invited speaker at major international meetings. He has published over 300 peer-reviewed journals and book chapters, and is on the editorial board of numerous Cardiology Journals.