You are reading How does our skin react to stress? 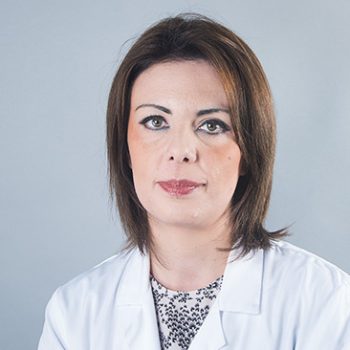 The correlation between stress and dermatological diseases has long been the subject of research. Although the mechanism behind the impact of stress on skin health is not yet fully known, it is clear that for many patients exposure to stress factors is a negative element. For various inflammatory skin diseases, from psoriasis to dermatitis to acne, stress is a risk factor, leading to the manifestation of symptoms or exacerbation of the same. We talk about this issue with Dr. Alessandra Narcisi, dermatologist at Humanitas.

Routine responsibilities and commitments, work, family, school, interpersonal relationships, as well as traumatic events and the great changes that take place in the lives of everyone are all potential stressors. This word generally indicates the reactions of the organism to these factors. Beyond a stress that takes the role of “motivator”, when the individual becomes more reactive to stress, thus becoming chronic, physical and mental health may be affected. “Stress is the main environmental factor that determines the development or worsening of skin diseases, particularly in genetically predisposed subjects – confirmed Dr. Narcisi. In particular, at the skin level, which is an easily studied district, also through biopsies that are easily performed, some physiological mechanisms underlying this stress-health correlation have been demonstrated. In fact, it has been demonstrated that the skin nerve endings release some molecules that, by interacting with the mast cells, lead to a direct increase in neurogenic inflammation. This is obviously associated with the release of hormones during periods of stress, which cause a worsening of systemic inflammation and aggravate many of these diseases.

All benefits of gardening

Anxiety and tachycardia: how to keep the heart at bay

It is worth remembering, however, that the reactions and symptoms triggered by stress differ from individual to individual. Some people have symptoms of a gastrointestinal nature (changes in intestinal regularity, reflux or abdominal cramps), headaches, tachycardia, but also drops in concentration and irritability, sleep disorders and sexual well being.

What can happen if the person in question suffers from an inflammatory skin disease? There is growing scientific evidence that stress has an impact on various dermatological diseases. Stress would only contribute to inflammatory processes by probably modulating the hypothalamic-pituitary-reducing axis and releasing pro-inflammatory mediators from the peripheral nervous system to the skin cells.

Stress is therefore a negative environmental factor; it is not the cause of these diseases but an element that can exacerbate symptoms or can be associated with phases of exacerbation in chronic pathologies, after the remission phase. All inflammatory or immune-mediated diseases that have skin manifestations can be aggravated by stress, such as connective tissue, lupus, bullous diseases (vd pemphigus and pemphigoids), as well as chronic infectious diseases, besides herpes simplex, herpes zoster (known as “St. Anthony’s Fire”) or candida may occur more frequently due to lowering in the subject’s immune surveillance.

Dermatological diseases and stress-related disorders include:

Psoriasis: it is an inflammatory autoimmune disease generally characterized by the formation of red plaques surmounted by silvery-white scales related to an alteration in the growth process of the epidermis. Stress is the most important environmental factor influencing the course of the disease;

Atopic dermatitis: is the most common form of eczema. The patient feels itching, the skin is reddened and in some cases crusting may form. This disease is often present in children;

Seborrheic dermatitis: it is another form of eczema. Moreover, in this case the skin is reddened and desquamated but only in the areas of the body where the presence of sebaceous cells is greater, those that produce the skin fat. On the face, the manifestations appear in particular on the nose and cheekbones, on the eyebrows or around the ears. The scalp is also affected by this inflammatory disease with the production of dandruff;

Alopecia areata: stress can also precede the formation of well-circumscribed spots on the scalp with sudden loss of hair in predisposed subjects. These hairless delimited areas can also emerge on the beard;

Rosacea: the reddening of the skin, especially of the face, is the typical trait of rosacea, a form of benign dermatitis. There are several factors that can induce vasodilation and therefore the appearance of skin redness, such as passage in two environments at different temperatures, exposure to the sun and stress;

Acne: both juvenile and adult acne, which arises even after the age of twenty-five, have a strong bond with stress. This condition can, for example, aggravate the picture of this inflammatory disease that affects hair follicles; in the adult form, with stress, the body tends to produce more androgenic hormones that stimulate the sebaceous glands and follicles;

Melasma: this skin disorder with different skin pigmentation is also stress-related. In particular, darker brown spots tend to appear on the skin of women who are subjected to periods of severe psychophysical stress;

Herpes simplex virus: stress is one of those conditions that can cause a recurrence of the herpes virus that has retired in the nervous system. Moreover, small vesicles form on the lips and skin around them;

Stress dermatitis: it is an inflammation of the skin that directly recalls stress. The classic symptoms of dermatitis, such as redness and itching, arise in the absence of other causes but in association with periods of stress. The areas most affected are the face, neck and hands.

The importance of consulting a specialist

What can a patient do if he knows that stress has a negative effect on his condition? “First of all – Dr. Narciso said – the patient must feel free to talk to a doctor, so that the dermatologist can, where necessary, accompany a psychological support dedicated to helping the patient to deal with the disease. This is especially true of chronic diseases, such as psoriasis, in which the patient has lived with his illness for a long time, often stigmatized by society. For this reason, more and more dedicated features are being developed, to be supported by doctors in the treatment of these patients with remarkable results on the response to treatment”.

Why does the cold temperature dry the skin?

Hair health during pregnancy: how to take care of it?

Oily and mixed skin: the beauty-routine recommended by the experts

Piercing, how to prevent complications

Sunbathing? It is actually good for your heart and mood