You are reading New biosimilar drugs available by 2020 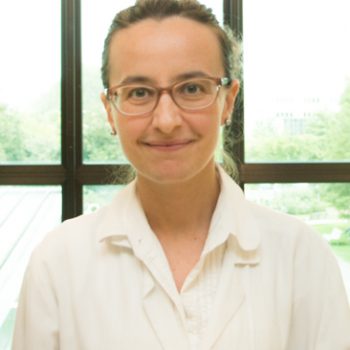 By 2020, biosimilar drugs similar to the originator of 12 biotech drugs will be available for the treatment of major diseases such as cancer and rheumatic diseases, but at a sustainable cost to public health. The name contains the prefix bio, but it has nothing to do with organic: they are named this way because they are using cells or their components within them. However, their knowledge is scarce, as well as the current level of information on biotechnological drugs, which have been available for 20 years. Italians still know little about biosimilar drugs, but they would like to know more. We talked about it with Dr. Maria Chiara Tronconi, oncologist at Humanitas.

What the new biosimilar drugs are and how they are working

They contain the suffix, but they have little to do with organic. The new biosimilar drugs are called like this because, unlike the so-called “synthetic” ones, created by chemical processes, they are made using cells or their components. Their therapeutic destination is becoming wider every day: from autoimmune diseases, such as rheumatoid arthritis or lupus, to tumors, from dermatology to inflammatory bowel diseases, there are many areas in which they can be used. Their manufacture derives from very sophisticated laboratory techniques and molecular biology, and as defined by European legislation, they “start” from a biological source of our organism. Therefore, these drugs are “extremely similar” to biological drugs but, unlike generic drugs, they cannot be considered identical because of their differences in the active ingredient that is composed of living substances. However, the activity of the drug is identical to the original molecule. Biosimilars are an important therapeutic option because they are cheaper than the biologicals, with savings of between 20 and 50%. This ensures access to care for more patients and more competition on the market as well as a potential reduction in healthcare costs.

Biological drugs and their results in dermatology

On the dermatological side, the development prospects are already quite good with biological drugs. “The treatment of psoriasis, a disease that affects 2.9% of the population – explained Prof. Antonio Costanzo, head of the Humanitas Operations Unit in Milan – has gained enormous benefits from the development of new biologics that can act on two specific interleukins, interleukin 17 and interleukin 23. Identifying a precise target allows for more effective treatment and fewer side effects. This has achieved unimaginable results only ten years ago, with an improvement in symptoms in 90% of patients. Their use for the treatment of atopic dermatitis is also very promising.

Eight Italians out of ten want to know more

According to a survey presented at the course “The value of information on biosimilar drugs, between innovation and sustainability”, conducted by Astra Ricerche per 1000 people only 1 in 5 (20.5%) interviewed thinks they are familiar with them and the mastery of the subject is usually weak, with the attribution of incorrect characteristics (for example that they are ‘herbal’). But more than 80% say they are very interested in knowing more, and asking to be reassured about the positive and the negative effects.

There is also an attitude of availability towards biosimilar drugs and the Italians have confidence in the General Practitioner, as well as the regulatory authorities. One of the most recent biosimilars made available is the one that serves to treat breast cancer. According to specialists, biosimilars are a very positive innovation in oncology for the potential repercussions on the sustainability of treatments and the consequent possibility of allocating the resources released to innovative treatments. On the other hand, the area of rheumatological diseases was the first in which biotechnological and biosimilar drugs were developed. An example is the chronic polyarthritis.

Tumors, prevention must start from nutrition

Glyphosate, for the court of San Francisco it can develop cancer

The future of medicine: bringing the doctor and the patient closer together through technology

How the treatment changes with the arrival of the 5G

AIFA restricts the use of antibiotics which contain fluoroquinolones