You are reading Lymph nodes, what are they and why may they swell? 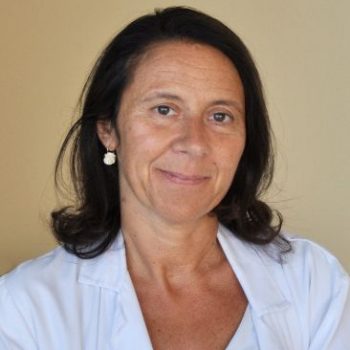 Blood is not the only fluid flowing from head to foot through a dense network of vessels. In the human body, the lymphatic system is also articulated, consisting of capillaries, lymphatic vessels and lymph nodes. These latter organelles are very important for cancer diagnosis and infections of bacterial or viral nature. How are they involved? We talk about this topic with Dr. Barbara Sarina, hematologist at Humanitas.

The lymphatic system is an integral part of the immune system. The channels that compose it carry the lymph, an aqueous fluid that contains white blood cells, defensive cells of the body. The lymphatic system drains the lymph from all tissues, where it occupies the interstices between the cells, and fills itself with the waste material of their metabolism, starting with carbon dioxide. The waste substances are different depending on the fabric from which they originate.

The path of the lymphatic system is characterized by certain joints. There are the lymph nodes, about 600 in the whole body and often grouped together, for example in the groin area or near the armpits; sometimes they are placed very deep in the body. The role of lymph nodes, also called lymphatic glands, is relevant for immune function.

Each of these small roundish organs contains lymph from the tissues, which can also contain pathogens. These are recognized and contrasted by the cells of the immune system, in particular lymphocytes, which are a subpopulation of white blood cells. From the lymph nodes, then, these cells return to the blood and reach the tissues.

The size of these organs can change: “The lymph nodes may increase in volume during numerous pathologies. The main causes – says Dr. Sarina – are the following:

The increase in lymph node volume can also be associated with other symptoms depending on location and condition: “In the case of tonsillitis, for example, in addition to swelling of the neck lymph nodes, sore throat and high fever may also occur”.

Can the enlargement of lymph nodes be painful? “Sometimes, especially if enlargement is caused by infectious causes, the specialist responds. Sometimes you may experience pain because the increased lymph node volume may compress some nerve roots”.

How can you see the increase in volume?

It obviously depends on the location. If there is an increase in neck lymph nodes, this can be seen when looking in the mirror or noticed during daily hygienic care. The increase in volume at other sites, such as axillary or inguinal lymph nodes, is less visible. If the size of a lymph node or several lymph nodes increases, it is always advisable to carry out a medical check-up; it is the doctor who will then assess whether further investigations are necessary,” concludes Dr. Sarina.

Anemia, it can result from a vitamin deficiency

Thyroid Diseases: these are the important things to know

Type 2 diabetes, Humanitas at the forefront with experimental treatment

Polycystic ovary syndrome: is there a link with insulin resistance?