You are reading Heart, what role does inflammation play in the onset of heart disease? 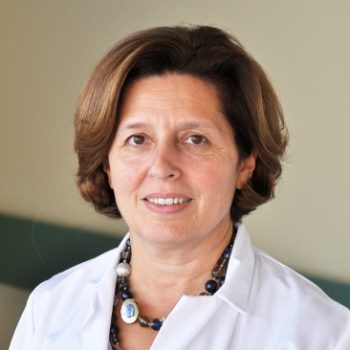 Dr. Maddalena Lettino
Responsible for the Operational Unit of Cardiology of Failure

In assessing cardiovascular risk, the impact of factors such as high cholesterol, cigarette smoking and excess weight have always been taken into account. In the last few years, useful indications have been obtained from research on the role of inflammation in the process leading to the onset and development of atherosclerotic disease. We talk about this topic with Doctor Maddalena Lettino of the cardiovascular Department of Humanitas.

This term refers, in general, to a natural response of the organism, a defense reaction against the presence of external agents. Think of an infection: the body activates its defenses to repair the damage and eliminate the pathogenic microorganisms responsible for the infection. This is a case of acute inflammation, as is the case of a trauma such as a cutting wound, for example. If, on the other hand, the body’s response is in the long term, in the presence of a continuous stimulus, we speak of chronic inflammation.

Heart, what is Brugada syndrome?

The pathological process leading, in most cases, to the onset of a heart attack or stroke is atherosclerosis. Plaques formed by various materials, including cholesterol, accumulate along the walls of the blood vessels, which can break and cause blood clots, blocking the flow of blood into the heart or brain.

The formation of plaques could arise from a long inflammatory process along the vascular walls. The “bad” cholesterol debris and other toxic substances that we introduce into the body, such as cigarette smoke derivatives, act in this case as foreign bodies for the coating of the vessel, promote the arrival of inflammatory cells, which try to partly neutralize them, and gradually give rise to real accumulation of highly unstable material, ready to ulcerate and promote thrombosis.

In particular, a molecule, the C-reactive protein, produced by the liver in response to systemic inflammation and used as its marker, deserved the attention of researchers: “Thanks to this protein it is possible to somehow identify the subjects with a higher cardiovascular risk. However, it should be pointed out that this is a non-specific marker and that at the moment it is mainly used in the experimental field: its increase could in fact be traced back to various problems, such as infections, febrile status, and rheumatic diseases “.

The C-reactive protein is not used in clinical practice in cardiology but in the world of research, “for example to see if the drugs used to contrast atherosclerosis act better in patients with higher values of this protein,” recalls Dr. Lettino. Other research work has tried to see if anti-cholesterol drugs, or statins, can also reduce inflammation in the arteries.

In this regard, a recent study by Brigham and Women’s Hospital (USA) published in the New England Journal of Medicine has provided important new information. The research, carried out on more than ten thousand individuals, found that an anti-inflammatory drug reduced the likelihood of a second adverse cardiovascular event. All subjects involved had high levels of C-reactive protein: patients enrolled were randomly assigned to the drug canakinumab, a monoclonal antibody used to treat an autoimmune childhood disease, or placebo. It was seen that those who had received the highest dose of the drug were less likely to experience a second heart attack, stroke or other event without showing any effect of the drug on cholesterol levels.

Heart and intestinal microbiota, are they connected?