You are reading Angioplasty, a medical balloon in case of restenosis 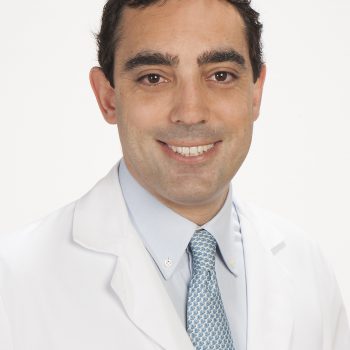 Dr. Giulio Stefanini
Specialist in the Operational Unit of Hemodynamics and Interventional Cardiology

Last September angioplasty celebrated 40 years. It is the intervention with which, thanks to the insertion of a balloon and a small cylindrical net, an obstructed artery is expanded. Since that first operation, which was carried out in Switzerland at the University Hospital Zurich, millions of similar operations have been carried out worldwide, making percutaneous angioplasty a standard technique in cardiology. Today, about two million operations of angioplasty are estimated. Several interventions, however, with a lower frequency, were followed by other interventions to reopen the closed artery again. Although it is minimal, the patient subjected to angioplasty has a risk of restenosis, or re-closing the artery. We talk about this topic with Dr. Giulio Stefanini, university researcher in Cardiology at Humanitas University.

The lumen of a coronary artery, the large blood vessels that carry blood to the heart, can be reduced by the formation of a blood clot or atherosclerotic plaque. Along its walls, deposits of cholesterol, grease and other materials such as calcium can form, blocking the vessel. In the event of plaque rupture and the formation of a blood clot near the deposit, the blood flow to the heart and therefore its oxygenation is interrupted. Coronary heart disease, depending on its severity, can lead to the onset of diseases such as angina pectoris or myocardial infarction.

Angina pectoris was the pathology of the first patient to undergo coronary angioplasty in Switzerland. The aim of this procedure is to expand the artery at the point where it is obstructed (stenosis). A small thread is inserted through an artery in the wrist to guide a catheter. At its end, a balloon is attached and inflated to dilate the atherosclerotic plaque and thus restore blood circulation. The balloon is then deflated and the catheter retracted.

A small cylindrical net-shaped device can also be inserted during the operation: called a stent. Metal stents, made of steel, are generally used to support the newly dilated blood vessel. Moreover, in this case the balloon is deflated and the catheter retracted with the guide wire.

Heart, physical activity to counter the signs of a sedentary lifestyle

After the insertion of these metallic cylinders, two adverse events can rarely occur: “thrombosis can develop, with the stent closing because thrombosis material is formed to block the stent or restenosis can arise,” recalls Dr. Stefanini. The stent, physiologically, is covered by the endothelium, the inner lining of the blood vessel, with a layer of cells. However – continues – when this layer is excessive, cell hyperproliferation occurs. It’s as if a very thick scar is formed which closes the metal denture as a result of this hyperproliferative process”.

In the past, the risk of restenosis was greater: “When metal stents were used in the 1990s, this risk amounted to 30% within one year of angioplasty surgery. Today, thanks to drug-eluting stents, which have been in use since the beginning of the 2000’s, it stands at 1.5%. It is more likely that the patient will experience a progression of coronary heart disease in other segments of the untreated arteries rather than restenosis.

For some patients, the risk of restenosis is greater, “for example in diabetic patients”, adds the specialist. In any case, in order to minimize the probability of restenosis “it is important to use the latest generation stents and carefully perform the angioplasty procedure”.

In the case of restenosis, a new surgical operation is foreseen “with which the risk of restenosis increases further”. How do you intervene? A new stent can be implanted on the old one, “but the coronary artery is exposed to the presence of two layers of metal,” says Dr Stefanini. Different solutions have therefore been developed.

One of these has demonstrated important results, as indicated by a research published a few years ago in Lancet that included Dr. Stefanini among the authors: “It is about the insertion of a balloon, without stenting, which releases a drug with anti-proliferative action when dilating. It is a drug that inhibits the cell cycle in a given phase to prevent cells from proliferating excessively. This has become the first strategy in case of restenosis,” concludes Dr. Stefanini.

Cardiologists, the health of the heart is a matter even before birth

Ristoceutics: the right combinations on the table protect the heart

High blood pressure: do you know that potassium-rich foods are lowering it?