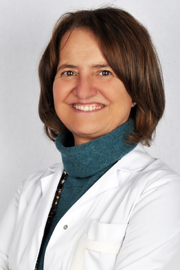 Physical exercise is a useful strategy to promote well being at every age, provided that it is adjusted to one’s state of health and physical condition. It is also considered beneficial in case of a slight cognitive decline, as suggested by a study by the University of British Columbia (Canada) published in the British Journal of Sports Medicine. Moderate physical activity could improve cognitive function. We talk about it with Professor Michela Matteoli, Director of Humanitas Neuro Center, Director of the Institute of Neuroscience at the CNR and Professor of Humanitas University.

The research team involved twenty-one subjects aged 71 years with a mild form of ischemic subcortical vascular cognitive vascular dysfunction. This is a form of cognitive decline associated with vascular damage also known as “vascular dementia”. Researches claim that it is the second most widespread form of cognitive dysfunction worldwide and among the main causes of dementia along with Alzheimer’s disease.

Brain, a greater volume is associated with cardiovascular well being?

To assess the impact of moderate intensity aerobic physical activity on executive brain function potentially associated with problem-solving ability for example, and on neuronal activity, researchers asked ten participants to follow an aerobic workout. This group had to run three times a week within six months. The remaining eleven participants, who formed a control group, continued their normal activities. Before and after six months, all participants underwent functional magnetic resonance imaging while carrying out tests to assess information processing capability and attention.

At the end of the research, significant differences emerged between the two groups. The participants who had practiced aerobic training showed a marked improvement in reaction times to the cognitive tests performed. Researched brain areas were activated differently between the two patient groups.

Therefore – the researchers conclude – aerobic exercise among adults with this mild form of cognitive decline on a vascular basis could improve their cognitive function and the neuronal efficiency of the cerebral areas associated with them. Of course, further studies on larger populations are needed to confirm the results.

This is not the first study to address the consequences of exercise for brain health. An Italian study, the project “Train the Brain” carried out a few years ago at the Institute of Neuroscience of the CNR in Pisa, has shown how a combined path of physical exercises and cognitive training in a cohort of subjects with mild cognitive deficit, predictive of a potential development of Alzheimer’s disease or vascular dementia, can be enormously effective. In fact, 80% of patients who participated in the training showed a significant improvement in cognitive and resonance functions.

This improvement may be the result of increased cerebral vascular function, but may also be caused, at least in part, by the reduction of the inflammatory burden of the body as a result of physical activity. This possibility will be specifically evaluated thanks to the continuation of the study in a project coordinated by Professor Michela Matteoli, in collaboration with the Institute of Neuroscience in Pisa.

Today, dementia is one of the greatest challenges for medicine, especially in light of the longer average life span, and the scientific community is committed to defining strategies associated with lifestyles that are useful for the prevention or treatment of this condition. One of those who received particular attention is physical activity. A review of about forty studies recently published in the British Journal of Sports Medicine suggested that a combination of aerobic and resistance physical exercises may promote cognitive health in adults over 50.