You are reading Concussion, headache and nausea: never underestimate the symptoms 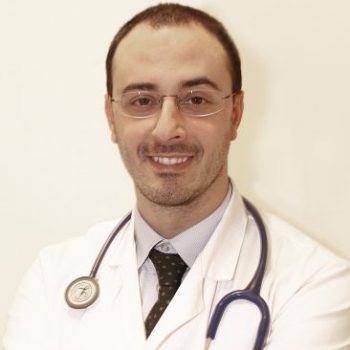 A collision while playing sports or in recreational activity can cause a concussion, i.e. a head trauma with or without loss of consciousness. This is a more frequent injury in some sports and one that has increased the sensitivity of all the participants involved in recent years, especially in the United States, including athletes to coaches and schools. Recognizing a concussion is very important to ensure that the affected individual fully recovers as well as to avoid long-term consequences for the nervous system. We discuss this topic with Dr. Antonio Voza, Head of Emergency Medicine at Humanitas.

A clash at the game and the eye turns black. What to do?

A blow to the head

From the adult professional athletes to the youngsters who devote themselves with assiduity to sports until becoming the so-called “athletes of the week”, there are many who run the risk of suffering a cerebral concussion, especially those who have chosen disciplines such as football, rugby, hockey, where close physical contact is prevalent.

It is a brain lesion of varying traumatic origin, resulting in temporary damage to brain function. A direct blow to the head or the rest of the body, which forces the head to move quickly exerts such a force that it causes a rapid acceleration and deceleration of the brain in the cranial box. Damage to brain function is generally of short duration, about a week to ten days.

It is essential not to underestimate the symptoms, even those that may arise after some time from the traumatic event, to intervene promptly and, after the return to physical or sporting activity, to prevent a second episode. This risk of recurrence is in fact greater for those who have already suffered a concussion

Symptoms of a concussion are different and may affect different brain functions. There may or may or may not be loss of consciousness and the affected individual may experience problems of balance and motor coordination, difficulty in speech, daze, clouded vision, headache, nausea and vomiting, memory loss, loss of attention and concentration, mood changes, irritability, dizziness and sleep disorders.

Immediate emergency assistance involves the subject being examined by a doctor or specialist. The evaluation will be neurological. The physician will look at the patient’s symptoms and evaluate his or her reflexes, coordination, balance, vision and hearing, as well as assessing the possible effects on his or her mental abilities. The visit will provide valuable information about the opportunity to carry out further examinations, even instrumental with imaging diagnostics. It is very important to see whether or not the patient experiences a worsening of symptoms in the days following the event.

Treatment in the event of concussion is not only a physical but also a mental rest, as long as the symptoms are present. Usually the healing time is around seven/ten days but recovery may be longer, weeks or even months. After the disappearance of symptoms, the patient will be evaluated to determine the possible return to physical and sporting activity.

The recovery times must be observed according to the instructions of the specialist doctor. Returning to the field before the symptoms are resolved may increase the risk of so-called second-impact syndrome, i.e. a new episode of mild brain concussion prior to the resolution of the first episode.

Risk factors that may aggravate symptoms should be avoided during this period of time. These shall be identified and their exposure limited. For example, the patient may suspend those activities that require mental effort such as study, work, reading and writing. Even just watching television may be difficult.

Sleep is an effective “medicine” for recovery. In addition, when physical activity is suspended, it may be advantageous to keep moving anyway, with very light intensity activity – whenever possible and always after the doctor’s advice – such as a bike ride or a simple walk.

Foot: when to suspect a finger fracture?

A clash at the game and the eye turns black. What to do?