You are reading Obesity, sweetened drinks have favored its spread 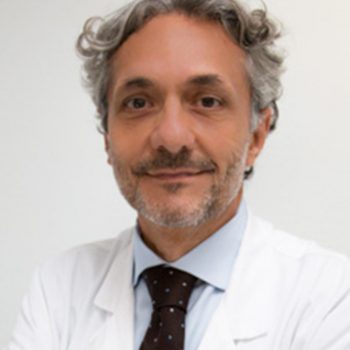 A source of calories that feeds excess weight and obesity are sweetened drinks. Their strong and regular consumption is one of the factors that contribute to the accumulation of extra pounds in the body, both in children and adults. A new confirmation came from a research published in Obesity Facts carried out by an international team of researchers. The report is important for public health because obesity is a clear risk factor for the onset of various diseases, starting with diabetes. We discuss this with Dr. Giuseppe Marinari, Head of Bariatric Surgery at Humanitas.

The research is a meta-analysis of thirty studies published between 2013 and 2015 with data referring to just under two hundred and fifty thousand individuals, both children and adults. Twenty studies were carried out on children, while ten had evaluated the impact of sugar drinks consumption in adults. The populations involved came from different geographical areas, from Europe to the United States, from Australia to Central and South America.

“Eggs increase cholesterol”, is it true or false?

In children, the impact of sugar drinks consumption has been assessed by measuring body mass index changes. Among adults, however, in addition to this, the accumulation of excess weight has been correlated to the increase in waistline.

93% of the studies confirmed the association between childhood and adult obesity and the intake of these beverages. The only study that had evaluated the effects of replacing soft drinks with water in a group of adults did not give statically relevant results.

Obesity, not only during childhood, is a major problem worldwide. As the authors of the meta-analysis recall, the last decades have seen an increase in the prevalence of overweight and obesity: from 1975 to 2014 the prevalence increased from 23% to 39% in the female sex and from 21% to 38% in the male sex.

Consumption of sugary drinks has also increased. Moreover, as researchers point out, these drinks are the main source of added sugars in the diet. The correlation between these two phenomena has been documented by several studies although other research has given conflicting results. The new meta-analysis instead confirmed the link between this eating habit and excess weight.

In the light of this association – researchers conclude – public policies should try to discourage the consumption of these drinks and encourage the use of healthier alternatives such as water. Several countries, as the study says, have implemented countermeasures such as price increases or the dissemination of information and school education campaigns.

An example to follow could be the programme of gradual reduction of salt in the United Kingdom, which has seen the industry reduce the amount of salt added to processed foods over the last ten years. The 15% reduction in salt consumption in the general population could be attributed to this strategy. A reduced salt consumption could result in a reduction in the incidence of hypertension and, in turn, mortality from cardio-cerebrovasolar diseases.

Could the same relationship be established between a reduction in the amount of sugar added to drinks, a reduction in obesity/overweight levels and perhaps a lower incidence of diabetes? I don’t think that a reduction in sugars is useful: either you prepare soft drinks to zero calories, with sweeteners, which however used in large quantities can be the equally harmful to health, or you simply skip the problem by reducing the amount of soft drinks,” says Dr. Marinari. The most popular solutions, where the problem has already been tackled, are the increase in prices through an increase in taxes on soft drinks, and above all the reduction in the volume of packaging. In practice, abolish bottles of two-liters or one-and-a-half-liter soft drinks, use a maximum of one-liter bottles, or rather 750ml bottles, and cans of 250 (or less) instead of 330. In many workplaces and schools, action could be taken simply by abolishing the use of sugary drinks, just as it has already been done with alcohol and smoking”.

In order to avoid weight gain, healthy habits must be learned from childhood: “In childhood it is very much a matter of increasing physical activity – the specialist points out; it is also a question of family education, if parents put drinks at the table instead of water, or if they fry food every day, then physical activity may not be enough”, concludes Dr. Marinari.