You are reading Runner’s Knee: a Footbed Can Make All the Difference 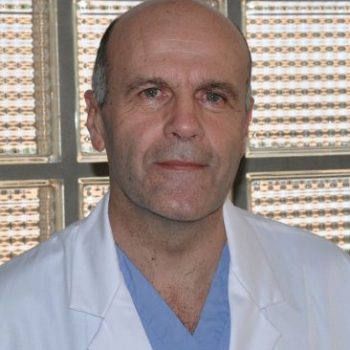 Dr. Piero Volpi
Head of Orthopedics of the Knee and Traumatology of Sport of Humanitas and Head of the Medical sector of Inter soccer team

Technically, it is called the iliotibial band syndrome; however, it is more commonly known as runner’s knee. Runner’s knee is one of the most common injuries that occurs in individuals dedicated to racing, among other active sports: “In addition to swimmers, cyclists and triathletes who run and ride bicycles are also at risk. However, the syndrome is more common among those who practice long distance running” adds Dr. Piero Volpi, Head of the Orthopedic Knee and Sports Traumatology Unit at Humanitas.

The iliotibial band is a band of connective tissue that extends along the thigh. It connects two muscles, the gluteus maximus muscle and the tensor fascia lata muscle, and it fits into the patella and tibia. This is where pain is felt. A patient may feel pain on the lateral area due to inflammation triggered on a portion of the iliotibial band. “At the origin of the syndrome, there is the effect of the cyclic and rhythmic mechanism that occurs when bending and extending the knee. This, in turn, can lead to continuous friction of the band” explains the expert.

At first, the pain is dull but in time, it increases in intensity. Moreover, it is always more widespread in the outer lateral area of the knee. It initially manifests itself during physical activity and as it advances, it can lead to the interruption of activity. “It tends to be felt about 20-30 minutes from the start of a race. The day after the race, the pain is no longer felt.”

Knee arthrosis, from fear of movement to a stop in physical activity

Knee, which cases indicate a prosthesis?

There are two fundamental principles for those affected by runner’s knee: “It is advised to perform stretching exercises for the lata fascia muscle and the same iliotibial band with an experienced physiotherapist and use a sports footbed while running” recalls Dr. Volpi. “The footbed will serve to cushion the stress and to modify and rebalance both posture and structure. Usually, with the help of these two principals, symptoms improve and the patient can continue performing physical activities.”

Surgical intervention is a last resort, “reserved only for cases where symptoms cannot be improved through conventional intervention. With surgery, we try to detest the strip that would otherwise become thicker and less elastic.”

The advice to strengthen and to stretch the lower limb muscles is a valid and general guideline for all those who dedicate themselves to performing physical activities. It is not merely limited for the prevention of the runner’s knee: “Targeted prevention is not feasible unless the syndrome makes an appearance. However, we recommend heating, muscle reinforcement, and suitable footwear with shock absorbing techniques for those involved in middle-distance running” concludes the specialist.

Did you know that the best physical activity during the summer is walking?

Sport during the summer, do you know that training reduces the risk of trauma?