You are reading From the R.I.C.E. to P.O.L.I.C.E.: actions for the first intervention after a trauma 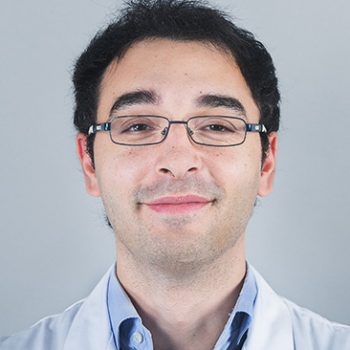 Many amateur sportsmen and women ended a game or training early and ended up with their legs lifted up and an ice bag on the injured side. Perhaps without knowing it, they will have put into practice the four rules of the acronym R.I.C.E., the protocol for emergency intervention in the case of traumas: “We think of acute traumas, especially distortions, but also for muscle injuries such as elongations, then stretching and rips. This immediate form of treatment is possible when an accident of this kind occurs,” recalls Dr. Cristiano Sconza, orthopedic rehabilitation specialist at Humanitas.

What do I do when I am injured during sports?

Think of one of the most common sports injuries: ankle distortion: “An inflammatory process develops as the volume of the ankle increases due to edema. The patient will experience pain, swelling, temperature rise in the affected area and functional limitation. Here are the actions to be carried out according to the R.I.C.E. protocol:

R for rest: “The patient must stop to avoid moving the affected joint and feel further pain, also for the tissue healing process can begin”;

I for ice: “Ice is a natural painkiller with which to counter inflammation, reddening of the skin and reduce the increase in temperature”;

C for compression: “A bandage is used to reduce swelling. Let’s not forget that swelling is a reaction by which the body tries to protect itself. Since the trauma may have damaged the ligament stability of the joints, the body tries to “auto-block” the movements of the bones through the compression created by the accumulation of local fluids;

E for elevation: “You must keep the injured part at a higher level of the heart to increase the drainage of fluids. In the presence of inflammation the body tends to get blood to the inflamed site. By draining the blood and keeping the leg high, we try to relieve the inflammation by keeping the chemical mediators away from the inflammation.

A Fall Can Cause a Radial Head Fracture of the Elbow

Distortion or ankle fracture? How to recognize it and what to do

The treatment in four stages will be performed immediately and also “in the first three to five days after the trauma under medical supervision, to start the post-traumatic rehabilitation path. You will continue to apply the ice at regular intervals, taking care not to do it directly on the skin but using an ice bag, keeping the limb high perhaps on a pillow and suspending the activities.

In clinical practice the R.I.C.E. was initially revised with the addition of a letter: “We reached the P.R.I.C.E., adding the P of protection. Not only should compression be done with a simple bandage, but the stability of the joint should also be protected, for example, by using a brace that can both compress and prevent inappropriate ankle movements.

“Then the acronym P.O.L.I.C.E. was introduced: in addition to protection, it refers to optimal loading. The joint must be protected and at the same time the load that can be placed on the joint must be defined to allow a form of movement. Then it may be necessary to use one or two crutches in the execution of the movements and in the path depending on the extent of the trauma and injury suffered,” recalls Dr. Sconza.

Once the control of the inflammation has been obtained, it will be possible to move on to the subsequent phases of rehabilitation: “This is the first phase, with the control of pain and swelling. The second involves the recovery of articulation, for example the flexibility-extension of the ankle to return to the example of distortion; the third involves the recovery of muscle strength; the fourth the recovery of proprioception, or balance and coordination ability; the fifth and last the return to the activities of daily life and sports activities,” concludes Dr. Sconza.

Ozone-therapy, effective for disc hernia and a new perspective for joints

Low back pain, after an acute episode you can go back to running, true or false?

Fracture of the ankle, the rehabilitation starts from hip and knee