You are reading Runner’s knee: what is it and how to treat it? 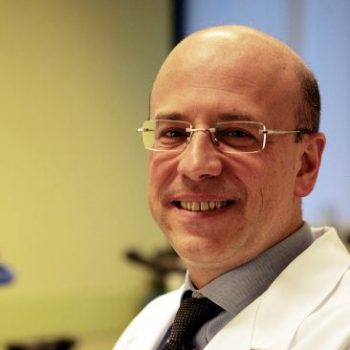 In scientific language it is called iliotibial band syndrome but it is better known as runner’s knee. This is a continuous pain that affects the lateral part of the knee, particularly during or after a run or a walk with a sustained pace. What exactly is this condition about? What are the most suitable treatments? We talk about this topic with Dr. Stefano Respizzi, director of the Department of Rehabilitation and Functional Recovery in Humanitas.

The pain triggered by inflammation

Ileothiobial Stripe Syndrome is an inflammatory process in the iliotibial area, the last stretch of the lata fascia that covers the superficial muscles of the thigh. This can be caused by mechanical friction, which can be due to an overload in the presence of predisposing factors. Anatomical factors such as knee varus, tibia varus and lower limb dysmetria play a role. In addition, there is overloading, playing sports on hard or uneven ground, or taking improper postures when running or walking.

The “runner’s knee” is initially felt as a feeling of stiffness, particularly in the outer lateral area. Those suffering from it experience knee pain when they flex or extend their joints. Sometimes the pain is such as to prevent the continuation of sporting activity and tends to regress with rest. In the presence of these symptoms, it is advisable to consult a specialist who will assess the flexibility and strength of the muscles, the anatomy of the lower limbs, the patient’s walk and the localization of the pain, also by means of specific tests. Instrumental examinations (ultrasound, radiography) may be useful where differential diagnosis with other similarly symptomatic diseases is necessary. Once the problem has been identified, the therapeutic approach is manifold. In general, we begin with conservative treatments including cryotherapy, infiltration, laser therapy and shock waves, to be combined with stretching exercises of the lata band and iliotibial band and the adoption of personalized athletic inserts, to be inserted into the shoes during sport practice. The insoles, in fact, absorb the stresses to which the knee is subjected to and balance the posture, generally allowing a return to the practice of sport. In some rare cases, surgical intervention is required.

Runner’s Knee: a Footbed Can Make All the Difference

Knee arthrosis, from fear of movement to a stop in physical activity

Swimming is the most recommended sport for children

Young and sedentary: The bad habits of the new generations