You are reading Skiing, what are the most frequent accidents and how to avoid them? 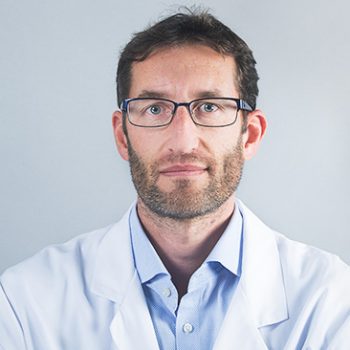 From a bad fall on skis you can often get battered and sometimes not return to the the slopes until the next ski season. An accident on the track between treatment and rehabilitation can take up to seven to eight months. The Achilles heel of snow lovers is the knee, but the traumas in this joint are only some of the most frequent accidents among skiers, as Dr. Davide Marchettini, traumatologist of Humanitas, a physician collaborator of the Italian Winter Sports Federation, explains, following the women’s giant slalom and special slalom teams of the Alpine Ski World Cup.

The knee is the weakest point for skiers because it is subjected to the greatest stress during skiing, especially in turning and changing direction: “The foot and ankle are locked and protected inside the boots and the movements that are performed during skiing determine a series of important stress on the knee. The joint thus becomes the fulcrum on which most of the energy is discharged. The most frequent injury is certainly distortion,” the specialist remembers.

In the most severe cases, distortion can result in one or more ligaments being torn: during the fall, in fact, the knee may be twisted or rotated more than the ligaments themselves can withstand. The anterior cruciate ligaments as well as the collateral ones are very exposed and can be injured when the knee is bent and subjected to lateral force. In addition to ligaments, other joint tissues can also be injured, such as the meniscus, fibrocartilage, which cushions the stress on the knee and protects the cartilage. Moreover, in this case, injuries may occur as a result of sudden twisting movements.

After the knee, the other joint that still suffers a great damage due to a fall on the skis: the shoulder. Among the most frequent injuries, when the impact is direct or when falling with the arm in extension, there is the dislocation of the shoulder: the contact between the humerus head and the glenoid cavity, the anatomical part of the scapula that articulates with the humerus head, is lost “.

Tendons forming the rotator cuff can also suffer traumatic injuries. At risk for fracture is the clavicle. In addition to dislocation of the shoulder, fractures of the proximal humerus, from direct trauma, are also frequent, as well as the possibility of an acromion-clavear dislocation affecting the upper shoulder resulting in relative functional impotence.

An injury that is directly related to this sport is the so-called “skier’s thumb”: “A trauma to the thumb, at the level of the metacarpalangeal joint, which results from the push of the stick on the finger itself. This trauma causes the ulnar collateral ligament to break, which stabilizes the joint and allows the hand to hold stable,” explains Dr. Marchettini. Depending on the strength of the force exerted on the tissues, the ligament tear may be partial or complete. A fall with an open hand can cause traumas on the hand, wrist and elbow: from simple distortions to fractures of bones of the hand (the most frequent being the carpal scaphoid), fractures of the wrist, and fractures of the radial capital. However, hand and wrist injuries are more frequent in snowboarding than in alpine skiing,” says Dr. Marchettini.

The classic injury that can occur in the event of a minor car accident can also happen to a skier. It’s the whiplash effect: during the fall the body could go forward with the head falling behind and then it is pulled rapidly forwards. The contraction of the dorsal muscles can be felt 24-48 hours after the event. Another injury symptom is felt in the back. The spinal stem undergoes torsional stress, but it is less compared to snowboarding. The result is that at the end of the day you can get back from the slopes with back pain. “On the other hand, a bad fall can cause trauma directed to the sacrum and coccyx “.

The best way to reduce the risk of injury is to be prepared on the ski slopes: “Injury prevention depends above all on athletic capacity, with the achievement or consolidation of an adequate muscle tone. A skier can also ski on less frequented slopes, but being well prepared carries a lower risk of trauma; an indication also valid for those who practice ski alpinism, a discipline that is practiced far from the slopes, including uphill routes and uneven paths”.

Many tips for prevention are common sense, but remember: “Once you have reached the ski lifts, it is good to warm up before skiing. You must always do this according to your own abilities. Therefore, if you are a beginner it is useful to follow some lessons before proceeding independently. In this way, you can also learn small ways of limiting damage in the event of a fall. Finally, it is essential to protect yourself with the appropriate equipment, not only a helmet, but also a back protector”, warns Dr. Marchettini.

The respect of safety standards is crucial: “Moderate speed, not only for one’s own safety but also for the safety of others; do not venture into “off-track” journeys; watch out for children who can make unpredictable movements; ski in under normal, non-altered conditions and avoid alcohol consumption”.

Finally, one advice is to take into account the quality of snow and weather conditions: if they are adverse, it is better to stop skiing. The snow changes its characteristics during the day and in the afternoon it becomes softer, requiring more effort from skiers. Often people who start skiing in the morning get tired at the last hour of the day and become less responsive. In this way, the risk of not being able to control movements increases, thus increasing the risk of injury”, concludes the specialist.