You are reading Feet: can pain be harmful to the knees or hips? 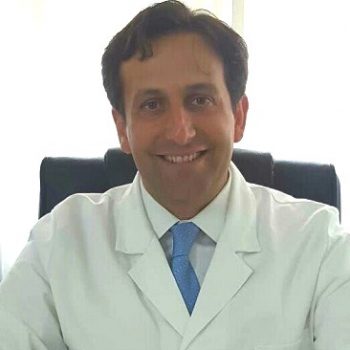 A chain of pain that affects the feet, knees and hip. If one or both feet hurt the other joints may be affected as well. For this reason, the orthopedic evaluation of the patient must be a complete evaluation. The authors of a study published in the Journal of the American Podiatric Medical Association are a reminder of this. We talk about this topic with Dr. Federico Della Rocca, head of the section of Humanitas Orthopedics of the Hip and Prosthetic Surgery.

Hip and foot ache, there is a relationship

The authors of the study, a team of researchers from the Hospital for Special Surgery and Harvard Medical School (USA), analyzed data from 2,181 individuals who had participated in a previous study conducted between 2002 and 2008. The information concerned foot pain, its location and intensity. Participants also indicated whether they also felt hip and knee pain and stiffness and on which side.

16% of participants reported bilateral foot pain, 6% only to the right foot, 5% to the left foot. Foot pain has been associated, in both men and women, with knee pain on the same or both sides. Men who had experienced pain in their right foot were five to seven times more likely to have pain in their right knee or both knees compared to men who felt no pain in their feet.

In addition, an association between foot and hip pain has emerged. In men, the correlation was ipsilateral, i.e. on the same side, while in women foot pain was associated with hip pain on the same side, on the opposite side, or on both sides.

“The considerations made by the researchers are correct. This is because the joints of the lower limbs are correlated with each other – said Dr. Della Rocca. We have to imagine a chain with its links, each link corresponding to a joint: the ankle, knee, hip and let us not forget the lumbar spine, which is often involved when one of these joints does not work well. When one of these rings functions poorly, decreasing its movement, the rings downstream and upstream are overloaded with the possible appearance of pain.

A set of gears

Hips, knees and feet are held together by a single kinetic chain, explains one of the researchers. That is why the assessment of foot pain must also include the assessment of knee and hip pain, and vice versa. During movement, joints and bone segments affect each other, and this set of consequences can also play a role in the onset of pain. The foot is the part of the skeletal system that comes into contact with the ground first. Among its functions, there is also a function to absorb the shocks that derive from movement and its alteration can only affect the rest of the apparatus, reaching the knee and hip.

“A foot with an incorrect support can alter the complete mechanical axis of the lower limb, leading to incorrect loads and pain in the knee and hip. But even a hip that does not work well can cause back pain and can alter knee loads – the specialist emphasized. Therefore, since the lower limb is a kinetic chain formed by three closely correlated links, in a correct orthopedic clinical examination it is never necessary to dwell only on the sore joint, but always evaluate the other joints, the mechanical axis of the lower limb, posture, and finally, the patient’s walking in order to have a complete picture”.