You are reading Cut wounds on the hands: how to intervene? 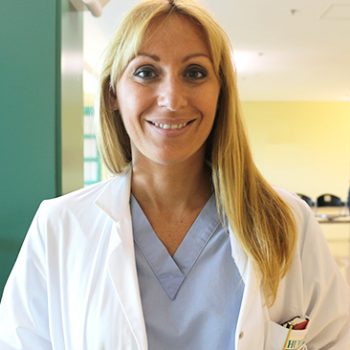 In the kitchen it’s easy to cut yourself. Just hold the knife badly or distract yourself for a moment while using the immersion blender and the domestic accident, even a serious one, is just around the corner. When it happens there are a number of tricks that it is important to put in place immediately in order not to make things worse and as many tricks to avoid getting involved in this type of accidents that are extremely common. We talked about this topic with Dr. Luciana Marzella, specialist in hand surgery in Humanitas.

The number one enemy is distraction

“Traumas in the kitchen are very common and often due to distraction. We can cut ourselves with knives, but also with the immersion blender, often while it is being washed”, underlined Dr. Marzella, explaining how easy it is to obtain even deep cuts with the most common domestic tools. The advice is to always unplug when you have finished using the mixer, so as not to expose yourself to the risk of turning it on unintentionally and getting cut or even electrocuted.

If the wounds are superficial, the finger should not be placed under water.

“If the wounds are superficial we can intervene by disinfecting them and using common gauzes or a plaster. Check if you can move your fingers, otherwise there may be tendon injuries, and if you have the sensitivity on both sides of the finger you cut. In the presence of alterations, a deeper trauma should be suspected and it is advisable to go to the emergency room”, continued the specialist. The most common accident is the apex amputation trauma, which is the loss of a small piece of skin in the upper part of the finger, a wound that in most cases heals itself. However, it is best to disinfect it and stop the bleeding as soon as possible. To do this, avoid putting your finger under running water, as the wound will continue to bleed.

What to do in case of amputation?

“Even the amputation of a finger is a fairly common trauma and it is very important to know how to behave in these cases because in Italy there are Hand Surgery Centers that provide a Microsurgical Unit, as in Humanitas, specializing in implants – concluded Marzella. In the presence of an amputated finger, the amputee part should be wrapped in gauze without disinfecting or washing it, and hermetically sealed in a bag, such as those used for freezing or storing food. The hermetically sealed bag is then put in another bag in which we will place some ice and some water, so as to keep the amputated finger refrigerated. This procedure is important in order to ensure that the patient has their finger reattached. The part of the finger that has remained attached to the hand is to be wrapped in gauze and wrapped, also with the help of a towel, in order to interrupt the bleeding. After this emergency procedure, we go to the emergency room, taking the bag containing the amputee finger with us.

Carpal tunnel, after the procedure the hand returns healthy in an hour

Aging, all treatments for the hands of the elderly

Hand and wrist cysts, when is surgery needed?

Aging, all treatments for the hands of the elderly

Cut wounds on the hands: how to intervene?