You are reading Pancreas cancer, research efforts to improve diagnosis and treatment 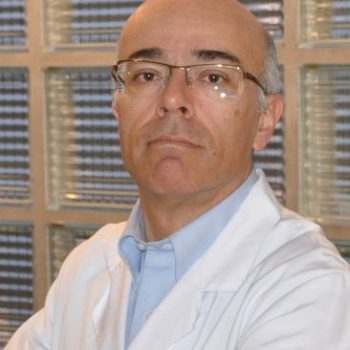 Pancreatic cancer is one of the most aggressive tumors, with less favorable prognosis and very low survival rates. Research is committed to improving these indicators, seeking to provide new evidence for earlier diagnosis and more effective treatment. However, despite the need to increase knowledge on this disease, research is still underfunded: “Only about 2% of the funds for cancer research in Europe are devoted to the study of a cancer that is destined to enter the top three causes of cancer death. November, the month dedicated to the fight against pancreatic cancer, is the right occasion to reaffirm the importance of research “, recalls Professor Alessandro Zerbi, Head of Pancreatic Surgery at Humanitas and Professor at Humanitas University.

In Italy, the 5-year survival rate is 8.1% (7% in men and 9% in women), while the 10-year survival rate is 3%. In recent years – recalls the Italian Association of Medical Oncology – survival has improved only slightly, as well as for other tumors with unfavorable prognosis, such as lung cancer. Therefore, mortality rates are high: pancreatic cancer is the fourth leading cause of death from cancer in women (7%) and the sixth in men (5%).

One aspect on which researchers are pouring their efforts is the association between the genetic profile of the cancer and the progression of the disease. A recent study conducted in the United States and published in Jama Oncology has associated the alteration of four genes with survival.

The study was conducted on 356 patients undergoing surgery for the removal of carcinoma. DNA has been extracted from the cancerous tissue and from the surrounding healthy tissue; in particular, the activity of four genes (KRAS, CDKN2A, SMAD4 and TP53) has been monitored. Survival rates were worse in patients with an alteration of three of these four genes than in patients with only one or two alterations.

Thanks to these and much other scientific evidence, it is clear that heterogeneity should also be mentioned for pancreatic cancer. Not all tumors are the same and it is possible to distinguish them into different categories in the light of individual molecular mutations. This – the specialist points out – could result in different prognosis and even orientate the treatments; on the other hand, we see in clinical practice how some tumors respond differently to the various treatments “.

Detect the tumor as early as possible

In many cases, pancreatic cancer is diagnosed at an advanced stage and survival is unavoidably linked at the disease stage. This is why one of the areas in which research is being carried out is that of early diagnosis: “If those early changes were known that represent a sort of biological and molecular “signature” of the tumor, which can be found in certain types of cells, for example in blood or pancreatic juices, one could have specific and sensitive information about the possibility of developing a tumor. These could be evaluated within populations at risk, that is to say those with family history of cancer, and in the positive case we could even achieve preventive surgery,” concludes Professor Zerbi.

“United against pancreatic cancer”: Humanitas hosts a conference on prevention

Acute and chronic pancreatitis: what is the difference?

Pancreatic Cysts, what are the risk factors?