You are reading Tumors, in Italy the number of people who have defeated the disease increases 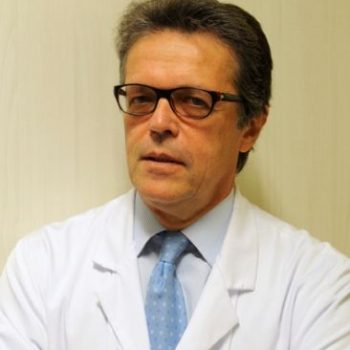 About a thousand cases per day: this is the number of cancer diagnoses estimated for 2017, 369 thousand cases in total. But neoplasms cause a lower number of deaths, with a steadily decreasing incidence among men. This is the report taken by the new edition of Cancer Numbers in Italy: “Moreover, in 2017 the trend of recent years is repeated: the number of so-called survivors is increasing, improving the chances of recovery, with more patients living five years after diagnosis both among men and women,” adds Professor Armando Santoro, director of Humanitas Cancer Center.

The most common tumors

According to data collected by Aiom-Associazione italiana di Oncologia medica, and Airtum-Associazione italiana Registri Tumori (Italian Association of Cancer Registers), the first five neoplasms by number of diagnoses in Italy for 2017 include colorectal, breast, lung, prostate and bladder cancers. Prostate and breast cancer are confirmed as the most frequent cancers in men and women. The incidence can now be superimposed between the two sexes,” recalls Professor Santoro. If it is stable among women, it has experienced a significant decrease with a reduction of 1.8% per year among men between 2003 and 2017, mainly due to the reduction of lung and prostate cancer.

The negative figure concerns the increase in the number of lung cancer diagnoses among women. In 2017 there will be 13,600 with a change of +49% in ten years: “The increase is constant due to the increase in the prevalence of cigarette smoking in the female sex. One aspect of gender medicine could also be affected, namely that women are more susceptible to damage from nicotine and tar exposure, but the fact that smoking is more widespread is certainly more important,” the specialist points out.

In both sexes, experts from the two associations point out, the number of pancreas, thyroid and melanoma diagnoses has risen, while stomach and colorectal tumors are showing a reduction:”Colorectal cancer is destined to decrease more and more in terms of incidence thanks to timelier diagnosis, screening and primary prevention. With colonoscopy, in fact, screening and prevention are carried out thanks to the removal of adenomas “.

Today there are more than three million and 300 thousand citizens living after diagnosis, in 2010 there were 24% less: “The number of people who survived cancer has expanded, with a reduction in mortality to five and ten years from diagnosis”. Five-year survival in women is higher than in men: 63% compared to 54%, mainly due to favorable prognosis of breast cancer.

However, some territorial imbalances remain: “The incidence of tumors is greater in the North. In the South there are less ill people, but cancer mortality is higher than in the northern regions. Mortality is therefore declining, and this is due to the contribution of various factors, including improved treatments, with the consolidation of new immunotherapeutic options for some neoplasms: “The merit is also of innovations in therapies, but we must not forget the advantages that come from prevention and early diagnosis. The goal is to reach that 40% of avoidable cancers with primary and secondary prevention,” concludes Professor Santoro.