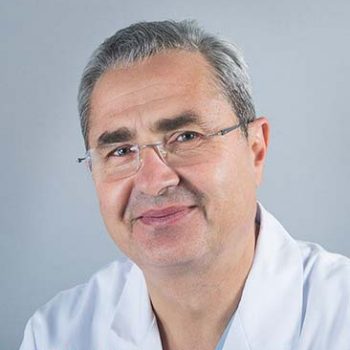 Prostate cancer is among the most common cancers in men. It rarely develops under 45 years but becomes more frequent with increasing age. In addition to family history, according to more recent studies, there are other risk factors that are useful to know and take into account. We talk about this issue with Dr. Alberto Saita, urologist at Humanitas.

Characteristics that should not be underestimated

According to the U.S. Centers for Disease Control and Prevention, prostate cancer is the second most common cancer among men in the United States, with over 100,000 new cases diagnosed each year.

A recent study examined body height and body mass index to see how they impact on the likelihood of becoming ill with this disease. According to the Cleveland Clinic researchers, body size seems to influence the predisposition to contract this disease.

Taller men and those with higher body mass indexes seem to be at greater risk, while previous research has already shown a connection between obesity and the risk of developing prostate cancer.

Erectile dysfunction, in which cases are medications prescribed?

Cycling, what impact does it have on male health?

The researchers examined data from over 100,000 patients and found that for every ten centimeters of height, the risk of developing an aggressive prostate cancer increases by 21%. In addition, having a more developed body mass could have an impact on the aggressiveness of the disease, since fat cells produce proteins that can affect cell growth.

How to adjust the weight

People can do nothing to change their height, but they can certainly intervene in their weight to control the associated risks. It is important to remember that healthy eating habits reduce the risk of any disease. Maintaining a normal body mass index, exercising regularly, not taking excessive calories and remaining active, therefore reduces the risk of becoming ill and makes it easier to recover with higher chances of survival in the event of illness.

“In terms of the correlation between height and incidence of this type of neoplasm, the Cleveland Clinic study is still considered isolated and should therefore be supported by further studies – emphasized Dr. Alberto Saita, urologist at Humanitas. As far as body mass index is concerned, it is now known that the increase in BMI correlated with the increasingly common metabolic syndrome exposes to an increased risk of prostatic neoplasms as well as to neoplastic diseases in general, including an increased risk of cardiovascular diseases”.

Kidney diseases, an underestimated problem: 2.5 million Italians suffer from it, out of which only 50 thousand have dialysis