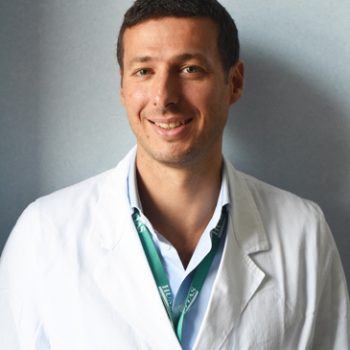 Music is known like a universal language. It is therefore not surprising to learn what the new studies suggest, namely that having it studied already at the age of 4 or 5 years could help children to recognize not only the musical sounds, but also those of the spoken words. A new tool against dyslexia and speech disorders? The results of the study applied to a group of Chinese children have been published in the “Proceedings of the National Academy of Sciences”. We talked about it with Dr. Marco Nuara, pediatrician at Humanitas.

Is music and language connected?

This link is hypothesized by a study from  the Massachusetts Institute of Technology (Mit), which shows how proposing to children of 4 or 5 years of age the first piano lessons would also bring advantages in language processing. These benefits, moreover, would be greater than those obtained with reading exercises.

“Musical learning uses the same mechanisms as language learning and the elaboration of musical language precedes the verbal one – says the pediatrician -. In fact, before starting to speak, the child begins to emit sounds in the form of weeping, verses, vocals, lullatones. These sounds represent a first form of language that, as if they were words, parents gradually learn to recognize and interpret”.

“It is therefore surprising that learning to recognize sounds from an early age, thanks to the study of a musical instrument, can also help to distinguish the loud spoken words – explains Dr. Nuara -, and then help develop the ability to read and understand a text.

Musicians are better at understanding the text

It was already known that musicians were better at understanding written text, distinguishing words in a noisy environment and quickly processing verbal language. Those who distinguish words better also have a better phonological awareness, that is, they better recognize the sound structure of words: this ability is a key element in learning to read.

“The Music Learning Theory by Edwin Gordon, Research Professor at South Carolina University, supports the importance of music as a fundamental language for the emotional development of the child – says the paediatrician -. Listening to music from an early age, even in the womb, not only promotes the child’s attitude to music itself, but also contributes to its cognitive development. Music, in fact, helps the child to develop his or her own capacity for attention, listening and concentration, it stimulates memory and creativity. Even at an emotional and relational level, listening to and making music together, playing with objects that produce sounds, with instruments or with one’s own voice can represent an engaging and entertaining moment of interaction between adult and child and between children”.

In collaboration with researchers from the Normal University of Beijing, MIT scholars examined the effects of piano lessons in a group of 75 Beijing children aged 4 and 5 years. The participants were divided into 3 groups: the first group received 3 piano lessons per week lasting 45 minutes, the second group participated in a reading workout and the third group did not follow any course. After one month the children’s ability to discriminate between words, distinguishing vowels, consonants and tone (in Mandarin Chinese this is a very important skill) was significantly improved in the children studying piano, compared to the group that had not participated in any program.

An electroencephalography also showed that children who had taken music lessons also showed a higher brain response when listening to sounds with different tones. This increased activation therefore suggests that music mainly helps in language processing.