You are reading Longevity, influencing genes and habits: smoking takes seven years away 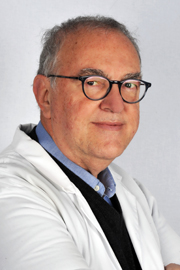 Every kilogram of excess body weight “costs” two months of life expectancy, while smoking – in terms of one packet of cigarettes a day – takes seven years of life away. Being educated, instead, “gives” about a year to life expectancy. This is suggested by researchers at the University of Edinburgh (Scotland) who have identified two new genetic variants that influence longevity, one associated with cholesterol and one with immunity: The team of scientists has tried to study the relationship between genes and longevity by analyzing a wide range of genetic polymorphisms associated with life expectancy,” explains Dr. Paolo Vezzoni, researcher at the CNR and director of the Laboratory of Medical Biotechnology at the Humanitas hospital.

The study is a metanalysis of twenty-five researches and covers a very large number of individuals: “Researchers have used the genetic information of more than 600,000 people to assess the impact of genes on life expectancy,” adds the specialist. According to some estimates, up to 25% of the variability in life expectancy is influenced by genetic heritage, researchers say.

At the moment, however, only three genetic variants have been significantly associated with longevity: “These include APOE, a gene related to the onset of Alzheimer’s disease. The authors of this study, published in the prestigious journal Nature Communications, suggest two more. The first – explains Dr. Vezzoni – is in a gene related to cholesterol levels and the second in a gene associated with immunity “. The first reduces the lifespan by about eight months, while the second reduces the lifespan by about six months.

Off and on smoking is also harmful

Lung cancer, light cigarettes are not less toxic than other cigarettes

Researchers then deepened the relationship between DNA, habits and life expectancy: “They tried to see if there are relationships between genetic analysis and the data available on these individuals, their characterization for smoking, the level of education and the ability to be enterprising, but also the association with certain conditions and pathologies such as being overweight, diabetes, and coronary heart disease”.

Here they referred to education as a “protective” factor while smoking and being overweight were negatively correlated with longevity. Cigarette smoking and traits associated with lung cancer had the greatest negative impact: smoking one pack of cigarettes per day reduced life expectancy by seven years, but “those who stop smoking might tend to expect to live as much as those who have never smoked before, the researchers concluded”.

Being overweight has been linked to a decrease in life expectancy of two months per kg of excess and thus important in the education of higher life expectancy. In these cases, however, relationships were influenced by other factors: “Education was linked to the habit of cigarette smoking, so an educated person who does not smoke can expect to live longer, while being overweight was associated with coronary heart disease”.

The study reveals the complexity of the correlation between polymorphisms and longevity, but the picture is not complete: “The certainty that an individual will become ill does not derive from the presence of a single polymorphism. Just as there are about one hundred genes that can affect the color of the skin, there are many genes that can guide the risk of the onset of a disease,” concludes Dr. Vezzoni.

Anxiety, because it can be our friend and can be treated when it is out of control