You are reading Heart, physical activity to counter the signs of a sedentary lifestyle 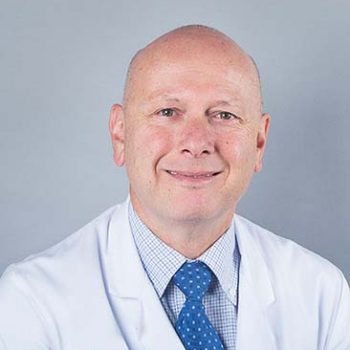 After years of a sedentary lifestyle, reaching a middle age may open the possibility to a change in direction. Beginning physical activity could improve your heart’s health by reducing the risk of heart failure. This is suggested by a research published in Circulation, the scientific journal of the American Heart Association: “The data once again underline the importance of physical exercise that can have effects comparable to those of the administration of a drug”, recalls Dr. Stefano Aglieri, specialist in Sports Medicine and head of cardio-respiratory rehabilitation at Humanitas.

The study involved more than fifty men and women aged between forty-five and sixty-four with a sedentary past. Volunteers were divided into two groups: one group was asked to follow a weekly programme of aerobic exercises and the other group had a programme of yoga exercises, exercises to improve balance and muscle strengthening.

The first group had physical activity at least four days a week at moderate to high intensity. For example, included in the training were four-minute exercise sets to be performed at 95% of their cardiac maximum, i.e. the maximum that they were able to do in that period, followed by three-minute intervals of recovery with exercises at reduced intensity. The second group trained three times a week. In both cases, the programme lasted two years.

The researchers conducted tests to assess the cardiovascular health at the beginning and at the end of the study looking at two markers: “The evaluation of the maximum oxygen consumption, a parameter of cardio-respiratory well being that expresses the maximum working capacity of the subject by measuring oxygen consumption, and parietal stiffness of the left ventricle – explains Dr. Aglieri. At the end of the two years, the first group showed a significant improvement in both parameters. In the second group these two markers were unchanged.

The stiffness of the left ventricle, which is also associated with sedentariness, is one of the factors that can lead to heart failure without apparent dysfunction of the same: “With age, along with the rest of the body, the heart also ages. The tendency to stiffen the walls may involve, without altering other parameters, the onset of heart failure (“a conserved fraction of ejection”), a disease typical of old age characterized by the inefficiency of the heart pump “.

Convert the sedentary into active

Researchers suggest that exercise under certain conditions may contain the risk of cardiac muscle deterioration and thus heart failure: “The study, which needs further confirmation with trials conducted on larger populations, has evaluated the effects of a particular training program. It is a program not particularly intense as a duration but elaborated, with aerobic activity and interval training. In any case, it suggests a fundamental fact: it is essential to make the sedentary adults exercise for their cardiovascular health “.

It is not necessary to “overdo it”, it is a matter of being active for a few hours a week when you can correctly perform a certain amount of physical activity: pedaling, cycling, walking at a rapid pace, running, going to the swimming pool, perhaps using the indications of a personal trainer or a specialist who can direct the individual towards the best possible implementation of the physical activity program”, concludes Dr. Aglieri.

Cycling, bending on the handlebar can hurt your back, true or false?