You are reading Atrial fibrillation, when to resort to ablation surgery? 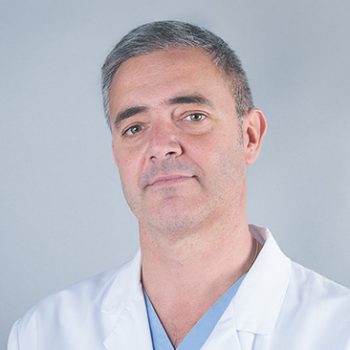 Correcting an arrhythmia with high frequency electromagnetic waves or cryopower. This is what generates, in extreme synthesis, the ablation of heart tissue, which is a type of trans-catheter or surgical intervention for the resolution of atrial fibrillation. We discuss the topic with Dr. Andrea Davide Fumero, heart surgeon at Humanitas.

Atriums and ventricles out of rhythm

Atrial fibrillation is the most common form of cardiac arrhythmia: the heart contracts irregularly, asynchronously and often too quickly. This abnormality results from a defect in the electrical system of the heart muscle that causes the two atrial and ventricular chambers not to work in a synchronized manner. In fact, the atria contract at a higher frequency than the ventricles.

On one of the two atriums, typically on the right one, there is a point where the electrical signal originates: it is called the Seno-Datrial node. From here the signal reaches the left atrium, causing the atria to contract and pumping the blood into the ventricles. The ventricles then contract and pump the blood to the lungs and the whole body. However, in the case of atrial fibrillation the electrical signals start from the seno-atrial node but may also originate from another point in the atrium or be the result of re-entry circuits.

The alteration of heart rhythm can be felt by the person affected by fibrillation through an accelerated heartbeat, or that “the heart is in your throat” feeling. Symptoms may be experienced episodically or more frequently due to physical efforts, or they may be completely absent; in fact, atrial fibrillation may also be asymptomatic.

Heart, what is Brugada syndrome?

The diagnosis and treatment of atrial fibrillation is crucial as this form of arrhythmia increases the risk of stroke. The blood accumulated in the atria, which the heart fails to expel completely, can lead to clot formation. These thrombi can reach the brain and cause a stroke.

Preventing the risk of clotting and alleviating patient symptoms are the two objectives of AF treatment. This requires medication and a so-called cardioversion, a procedure performed to restore normal heart rhythm. However, in some cases, when cardioversion is ineffective, trans-catheter or surgical treatment such as ablation may be necessary. Patients eligible for ablation treatment are patients in paroxysmal, persistent or chronic paroxysmal atrial fibrillation despite optimal pharmacological treatment for frequency control or patients with intolerance to antiarrhythmic or anticoagulant treatment,” explains Dr. Fumero.

What does the intervention consist of? “There are two possible procedures, one is trans-catheter and the second is surgical ablation. The goal is to restore normal heart rhythm, the sinus rhythm. The ablation of atrial fibrillation – continues the specialist – consists in the electrical isolation of pulmonary veins through the administration of radiofrequency or cryoenergy within the heart.

The trans-catheter procedure, which is always the first choice for those who have never undergone an ablative treatment, is performed using a catheter that reaches the endocardium through an injection site of the femoral vessels in the inguinal region “.

“The surgical procedure is used in cases in which atrial fibrillation recurs after trans-catheter treatment. In these conditions, ablation is performed through a mini-invasive operation with a small incision on the chest (minithoracotomy) and using tools that deliver radio frequency or cryoenergy not only inside the heart but on the whole thickness of the heart muscle. In addition, the surgical procedure can be performed on all AF patients who have to undergo heart surgery for other heart diseases. Ablation can be associated with the closure of the left ear mold as further prevention of the risk of blood clot formation “.

“Obviously, the trans-catheter procedure can be repeated several times. Normally, if the problem persists after 2-3 percutaneous procedures, surgery can be performed with a success rate of more than 90% for paroxysmal atrial fibrillation and more than 80% for persistent or chronic atrial fibrillation. However, the best results of surgery are also the result of increased invasiveness”.

There are certain risks associated with the intervention: “Complications of ablative treatment (all with <1% percentages) may include the appearance of a transient ischemic attack (TIA) or stroke, cardiac tamponade, and the possible need for a pace-maker implant. Pulmonary vein stenosis and esophageal lesions are very rare complications reported only in cases of trans-catheter treatment”, concludes the specialist.