You are reading Shiatsu: a Japanese acupressure technique for treatment and relaxation 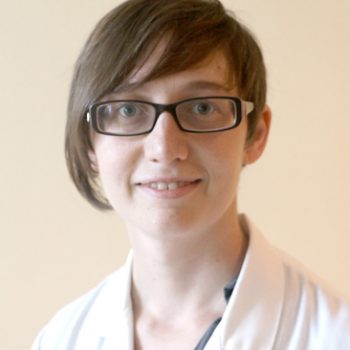 Its Western translation is the “finger pressure method”. Born in the East as a therapeutic practice based on acupressure and recognized as a therapy in 1964 by the Japanese government, shiatsu has its roots in Chinese medicine. This manual practice, handed down from teacher to student, arrived in Europe in the seventies, and in the West it is still disconnected from the medical and clinical field, while it approaches the sphere of holistic practices designed to increase psychophysical well being, in a more general sense. We talk about this topic with Lara Castagnetti, osteopath and specialist in Physical Medicine and Rehabilitation at Humanitas.

Anma or anpuku: These are the names of the two ancient Japanese traditions that gave rise to that modern practice now widespread in the West as shiatsu, a term that begins to circulate since Temai Tempaku published his “Shiatsu Ho” to illustrate the method. Although in some cultures this technique of manual pressure is considered capable of curing, in the West this empirical method, lacking scientific validation to date, has more to do with relaxing practices to which traditional medicine cannot recognize any real therapeutic power other than the empirical and subjective ability to contribute to the relaxation of the body and mind.

From theory to operating practice

Maintaining and promoting health, stimulating the self-regulating system of the body and balancing the energy system of the individual are the main aims of shiatsu according to the international association that wrote the expression of intent. Through the pressure of the fingers, the shiatsu operator concretely attempts to stimulate and solicit the free flow of the “Qi”, the lifeblood that, according to the philosophy that underlies this practice, flows in the body of each human through the so-called meridians, known and used as reference points also in acupuncture techniques. According to Japanese tradition, the flow of the “Qi” can in fact stop or stagnate in some areas, creating a psychophysical symptomatology from which it is possible to get rid of only by returning to flow of the energy.

Gained credibility in the field even in the absence of evidence

Due to the very nature of the treatments, which are extremely personalized and focused on the patient’s situation, it has always been impossible for the international scientific community to formally approve shiatsu as a method of treatment. One of the last attempts, carried out in 2015 by the Australian government and its health system, was soon stopped due to a lack of clinical evidence. This practice, commonly respected and as widespread as acupuncture, can continue to be appreciated by many people who approach it to fight stress, joint pain, insomnia and muscle tension.

The Italian Shiatsu Federation in Italy and Europe

The Federation of teachers and Shiatsu operators in Italy was founded under the name “FIS” in 1990 thanks to the commitment of some operators and teachers, which were among the first to practice it in Italy. After a long journey, the FIS becomes FISieo, a private non-profit association that promotes the protection of the interests of individual professionals and their institutional recognition, at regional and national level, as well as promoting the professional updating of members and the exchange of experience, the organization of national examinations for admission to ROS (Register of Shiatsu Operators).

FISIEO also aims to enhance the professionalism of the shiatsu operator from a technical and ethical point of view, and to promote relations between the various federations, at European and international level. The main tasks of the FISIEO are to safeguard the founding characteristics of shiatsu, the correct application of techniques and the drafting of standards and codes that clearly regulate the role of the professional. With its work, FISIEO also aims to protect the clients of its members by verifying the training of those who practice the discipline through continuous, compulsory training. The Federation is therefore proposed as a reference point for all customers who turn to shiatsu ensuring the highest quality of services provided by its members, as well as being a guide for all operators and schools that must complete certain paths and boast skills and experience to be accredited.

FISIEO also plays an important role in the European panorama. In 1993 it helped founding the European Shiatsu Federation, while in 2003 together with the Federations of Switzerland, Germany and France it established the International Shiatsu Network, to which many other countries will be added over the years.

Law No. 4 of 2013 for non-organized professions

In February 2013, Law no. 4 of 14 January “Provisions concerning non-organized professions” came into force, which makes all activities that acquire the dignity of a profession under this law lawful without prior authorization, provided that their content is legitimate and does not encroach on the competences reserved for professions organized in orders or colleges or regulated by law. Consequently shiatsu acquires authority and importance. The FISIEO is entered on the list, maintained by the Ministry of Economic Development, professional associations that issue quality and professional qualification certification, as provided for by art.2, paragraph 7 of the aforesaid Law 4/2013.

Wryneck: here’s how to combat it

Back pain and young people: why the pain should not be underestimated

Spondylitis and back pain, do you know that physical activity reduces the progression of the disease?

Shiatsu: a Japanese acupressure technique for treatment and relaxation

Kneecap fracture, it can be resolved with a surgical intervention