You are reading Tinnitus, psychotherapy solves one out of two cases 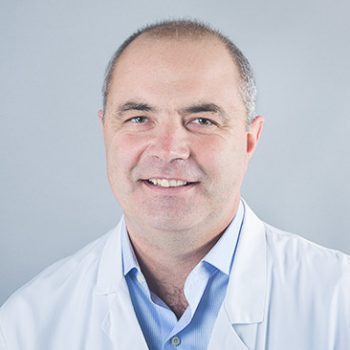 3 million Italians suffer from tinnitus, but good news is now coming for them. Cognitive therapy has halved the discomfort in one out of two cases of tinnitus. There is “data from the real world” that supports this, i.e. not from trials, but collected through medical records, as a new analysis published in the scientific journal Ear and Hearing. We talked about this topic with Dr. Giovanni Colombo, head of otorhinolaryngology at the Humanitas hospital.

Awareness-based approaches have long been considered beneficial for patients with chronic tinnitus, a disorder with often-unknown causes and so far without definitive treatment. Most of the evidence on the subject so far came from small studies, but the new study instead describes the impact of cognitive therapy based on awareness (MBCT), using a standardized approach on the largest sample of patients with chronic tinnitus so far used.

Researchers at the University of Bath in England selected 182 patients with chronic and painful tinnitus from a specialist clinic. Volunteers completed an eight-week cognitive therapy program based on awareness. Measures related to tinnitus-related psychological discomfort were noted before surgery, after surgery and after a six-week follow-up. After surgery, improvements in tinnitus-related discomfort were noted in 50% of cases. The changes were defined as ‘significant’ and associated in particular with increases in tinnitus acceptance and awareness.

“Tinnitus is the continuous perception of sounds or noises in the absence of an external stimulus – explained Dr. Colombo. This is a common condition (about 20% of the population suffers from it) associated with a defect in the auditory system in about 97% of cases. This condition is generally well tolerated but can nevertheless create a considerable discomfort resulting in disturbances of sleep, concentration, emotional and socialization in about 6-10% of patients “.

“Unfortunately, clinical studies have not demonstrated certain and reproducible effectiveness of pharmacological treatments or the use of supplements or medicinal herbs – continued the specialist – so the treatments are aimed at reducing the perception of tinnitus and stress related to it through interventions of psychoeducation or acoustic stimulation such as masking it with sweet and relaxing sounds with appropriate ‘counseling’.

The correct approach to therapy

“The correct approach aims first to clarify the nature of the pathology causing tinnitus, through an otorhinolaryngological examination (for example, a trivial cap of wax can determine it) and if necessary by performing auditory and radiological examinations in selected cases and then, excluding an organic cause, trying to cure the discomfort that results – said Colombo. Various studies show how cognitive-behavioral therapy and meditative techniques such as “mindfulness” (now very popular), can positively influence the way in which the patient manages his condition, helping him to accept it over time and relieving the stress related to it, so as to reduce the intensity of the disorder in about 50% of cases.

What to do when you get a cold?