You are reading Seasonal diseases, do you know how to treat them? 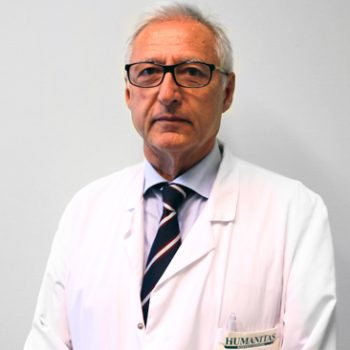 The cold is just around the corner and it brings along the first sore throat, flu and runny nose. Changes in temperature, in particular, increase the chances of getting sick. In fact, there is a risk of inflammation of the upper airways. We talked about this topic with Professor Giuseppe Spriano, Head of Operational Unit of Otorhinolaryngology of Humanitas.

“In the past, people thought they would get sick because they were too exposed to the cold,” explained the specialist. This is not the case: on the contrary, we get sick more in winter because we spend more time indoors. “We stay longer at home or in the office, while children spend less time outdoors and remain in the classroom during school hours. Situations where there is a greater chance of infection. Life at home therefore seems to be the main cause of infection in the winter months: 75% of the medical prescriptions derive from upper airway infections”. Patients complain in particular of “flu, colds, sore throat and in more serious cases also sinusitis, and otitis, up to major complications in the lungs and bronchi”. The transmission of viral infections, in fact, occurs through very small droplets contained in the air that comes out of the lungs of sick patients, which are inhaled by healthy subjects and thus get sick.

Cold weather, did you know that nose washing is one of the effective natural remedies?

Spring: how to distinguish a cold from an allergy

Avoid do-it-yourself treatments. Above all, it is forbidden to take antibiotics without consulting your doctor. “This is a big mistake that can have dramatic effects – warned Professor Spriano – considering that 80% of respiratory tract infections are of “viral origin, thus the antibiotics do not work”. “We are witnessing an excessive abuse, often patients take it on their own and miss the dose, duration, days and time: a wrong attitude that leads, in the long run, to resistance to the drug.

A real mistake that, according to the professor, is often underestimated but that according to estimates would lead to an increase in antibiotic resistance of 13 times by 2050, which will become the leading cause of death, even higher than cancer.

The head of Otorhinolaryngology therefore clearly advises to take antibiotics only after medical advice and only in cases, for example, of bacterial infections such as tonsillitis with plaques in children, or in cases of bronchopneumonia in elderly people. In all other cases, such as sore throats or colds, antipyretic, mucolytic or liquefying drugs will suffice.

Tumors, here’s what you need to know when they affect your head and neck