You are reading Glaucoma, can the risk be reduced with physical activity? 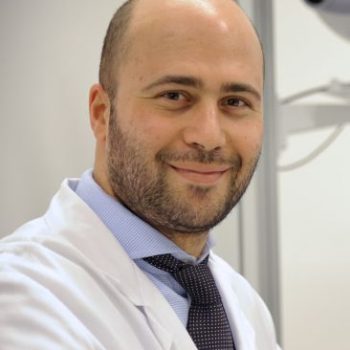 One of the main causes of blindness worldwide is glaucoma, a pathology characterized by damage to the optic nerve. Its evolution is gradual and does not show any symptoms in the initial stages. Therefore, its prevention mainly involves regular medical check-ups with periodic visits to a specialist. But what relationship does glaucoma have with lifestyle? Research presented at the last congress of the American Academy of Ophthalmology suggested a relationship between glaucoma and physical activity. Practicing regular physical activity could reduce the risk of glaucoma, concluded researchers. We discuss the topic with Dr. Pietro Paolo Vico, ophthalmologist and a referent doctor of the pathology of glaucoma at Humanitas.

The authors of the study, from the University of California in Los Angeles (United States), analyzed the data of a previous research, the National Health and Nutrition Examination Survey, which monitored the state of health of American citizens since 1960. In particular, we looked at the measured level of physical activity, at moderate or vigorous intensity, taking into account two parameters: speed in walking and the number of steps per minute detected by a pedometer.

Researchers considered the equivalence between seven thousand steps per day, each day of the week, and thirty minutes of physical activity per day, for at least five days per week. Analysis of the data showed that for every ten-unit increase in speed and number of steps per minute, the risk of glaucoma was reduced by 6%.

Based on the equivalence defined by researchers, for every ten minutes of more physical activity per week, the risk decreased by 25%. Classifying it by “dose” of physical activity carried out, this percentage rose to 73% among the most active compared to the “lazy” groups.

Among those most at risk of glaucoma are adults over forty years of age, those who have a cornea with a reduced thickness, and those who have suffered eye trauma. Family history, shortsightedness and farsightedness also increase the likelihood of disease onset.

Glaucoma, a disease typical of old age, is characterized by a lesion of the optic nerve often caused by an abnormal increase in intraocular pressure due to an accumulation of water humor in the eye. The papilla alters, the fibers of the optic nerve atrophy and progressively the field of vision decreases and the patient slowly loses sight until complete blindness, if he does not intervene with the treatments.

Is glaucoma prevention possible? “Glaucoma prevention is inextricably linked to regular check-ups and specialist visits,” – says Dr. Vico. A regular aerobic physical activity and quitting cigarette smoking – he continues – increase the oxygenation of the blood that reaches the optic nerve, thus decreasing the probability that a patient predisposed to glaucoma may develop it sooner or that a patient already glaucomatous has a rapid progression of the disease”.

Physical activity can therefore be considered a potentially protective factor but “with an exception to one group: subjects with pigmentary glaucoma – the specialist points out – for which, excessive physical activity could be contraindicated, as the circulating adrenaline would cause transient changes in the iris with liberation of the pigment of melanin that covers the iris and consequently increase the ocular pressure. An ophthalmologist will indicate the appropriate physical activities in cases with patients with this form of glaucoma,” concludes Dr. Vico.

Glaucoma, are you aware that a difficulty in reading and driving should not be underestimated?