You are reading Oncological research, a blood test for the diagnosis of eight cancers 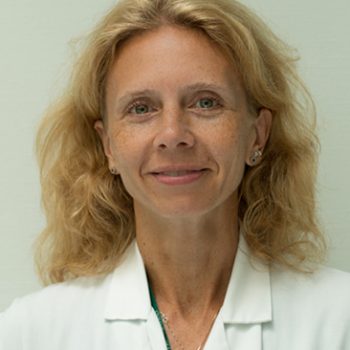 Detection of the “traces” of cancer in blood is one of the areas on which international scientific research has been working on for some time to provide useful elements for cancer screening. A group of scientists from different American universities, including Johns Hopkins University in Baltimore, has developed a test to detect the presence of eight different types of cancer: “It is an instrument in the trial phase, therefore not yet ready to enter medical practice”, recalls Dr. Lorenza Rimassa, deputy head of the Operating Unit of Medical Oncology at Humanitas.

The results of the experimentation of this form of liquid biopsy were illustrated in a study published in Science. In seven out of ten cases, the blood test was able to identify a neoplasia. In most cases, however, these were more advanced tumors.

Skin, what are the other tumors in addition to melanoma?

The tumors for which this non-invasive examination has been tested include ovarian, liver, stomach, pancreas, esophageal, colorectal, lung and breast cancer. Researchers involved 1005 patients with non-metastatic tumors diagnosed in Stage I, II or III and 812 healthy individuals who formed a control group.

The test measured blood levels of eight tumor-produced proteins and found tiny fragments of circulating DNA containing tumor mutations. These mutations may be highly specific to neoplasms. Starting from the analysis of hundreds and hundreds of genes, the researchers finally selected only sixteen genes.

As the authors of the research explain, considering a small number of biomarkers makes it possible to minimize so-called false positives, i.e. cases in which the test gives a positive result without there being an actual tumor. In fact, in over eight hundred healthy individuals, only seven false positives have been detected. The specificity of the test was therefore very high, more than 99%. In other words, out of those who had received a positive test result, almost all had cancer.

Test failed in 30% of cases

In general, the ability of the examination to detect the presence of a tumor was 70%; the remaining 30% of diagnoses remained “submerged”. The sensitivity of the test, i.e. how many tumors have been correctly identified, is one of the most important parameters for evaluating the efficacy of the instrument and authorizing its possible use in clinical practice.

Among the eight forms of cancer, the test results were different. Almost all ovarian cancers were actually detected (98%), while breast cancer escaped testing in the vast majority of cases: only 33% were detected.

For the five tumors for which there is still no screening tool at the moment, including tumors on the stomach, ovaries, liver, pancreas and esophagus, the sensitivity of the test ranged from 69% to 98%. Finally, the test was able to accurately determine the location of tumors in 83% of cases.

“Early diagnosis of a tumor is of fundamental importance – says Dr. Rimassa – because it allows for early intervention and more favorable prognosis of the disease. The field of early detection by liquid biopsy, however, as the study published in Science once again reveals, is still to be explored. This test is a small step forward but studies on larger populations are necessary. Some of these studies are already in the process of being worked on,” concludes the specialist.

MIT designed a new peptide that could help fight cancer