You are reading Breast cancer: decreasing mortality due to screening and new treatments 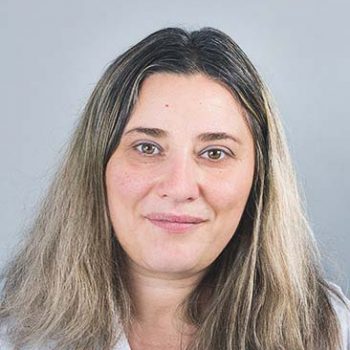 In just over ten years, advances in screening techniques and new treatments for breast cancer have reduced mortality by almost 50%. This is the conclusion of an international research led by scientists from Stanford University (USA) and published in the JAMA-Journal of American Medical Association (data refer to the United States): The data confirm that it is possible to achieve important goals in reducing the risk of mortality from breast cancer, thanks to both the spread of early diagnosis through new mammographic screening techniques and the availability of more effective treatments,” says Dr. Giovanna Masci, an oncologist at Humanitas. However, the impact of prevention was different depending on the subtype of breast cancer: in some cases, the impact of new drugs was greater.

To assess the benefits of advances in breast cancer mortality research, researchers collected data on cancer between 1975 and 2000. They have thus developed models to calculate how many deaths in the absence of screening and treatment would have occurred, then simulating the effect of preventive screening and therapies on those mortality rates. The reduction in the number of deaths was 37% and both mammograms and treatments were responsible for the same reduction.

Breast cancer: first drug in the case of mutations of BRCA1 and 2 genes authorized in the U.S.

From 2000 to 2012, there have been important innovations in the diagnosis and treatment of breast cancer. Researchers have updated the data: from 2000 to 2012, there was an increase from 37% to 49% in terms of mortality reduction. In this second phase of the research, the authors of the study have “stratified” the impact of new screening techniques and innovative therapies on some subtypes of breast cancer.

Among the novelties included in these new simulations, researchers also considered digital mammography, hormone-therapy, new chemotherapy treatments and transtuzumab, a monoclonal antibody used in the treatment of HER-2 positive breast cancer (positive to the type 2 receptor of human epidermal growth factor).

In 2012, the reduction in mortality was 49%: 37% was screened and 63% treated. However, numbers vary depending on the subtype of tumor. For positive ER/HER2 cancers (positive to estrogen receptors and human epidermal growth factor type 2 receptor), for which most new treatments are available, only 31% of the reduction in the number of deaths is associated with screening and 69% with treatments.

The rates for ER/HER2 negative cancer are increasing, with fewer treatment options available, reported researchers: 48% associated with screening and 52% with new treatments, roughly like the results for 2000.

Progress in screening techniques and the introduction of new drugs has therefore been crucial in the fight against cancer, but what are the main novelties of recent years? In the field of screening – says Dr. Masci – a considerable contribution has been made with mammary tomosynthesis that allows to better define the anatomical details of the gland, thus improving the diagnostic accuracy, as lesions that would not be visible with the traditional examination can be identified. Early diagnosis, in turn, is essential for the treatment of breast cancer because it allows conservative surgery, but above all because it reduces mortality.

Another significant contribution to the reduction of mortality, I would say the biggest, as the article’s data show, has been achieved through innovative treatments that are increasingly personalized, respectful of quality of life and effective. In recent years, more and more scientific knowledge has been added, leading to the definition of various subtypes of breast cancer, thus improving the therapeutic weapons available to us. In particular – the specialist points out – we went from an exclusively morphological classification, which took into account the size of the tumor and the number of lymph nodes involved, to a molecular biological characterization that subdivides them according to the expression of hormonal receptors for estrogen and progestin and the possible presence of the HER-2 protein. Therefore, the therapeutic choices are influenced by the biology of the breast cancer.

In recent years, for the treatment of HER-2 positive tumors, very active drugs have been developed, including transtuzumab, pertuzumab and TDM-1, which have very favorably changed the natural history of this subtype of breast cancer, as the article also shows. Even for tumors that do not express hormonal receptors and HER-2 (negative triple-negative receptors), new promising drugs are being studied, which give hope for greater control of this aggressive subtype of breast cancer in the future,” concludes Dr. Masci.

A new-generation mammography in cancer prevention

Rebuilding the breast after a tumor: here’s why it’s important