You are reading Why is it so important for children to believe in Santa Claus? 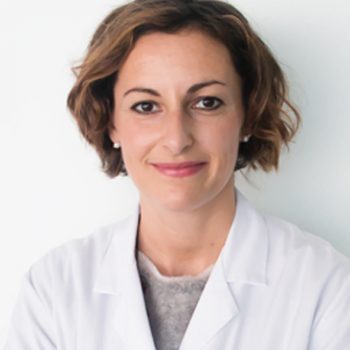 Although some studies have spoken of the “trauma” that children would suffer in discovering that Santa Claus does not exist, however, talking about the relationship of kids with Santa Claus focusing only on the possible “trauma” means not only underestimate the magic of the period but also mortify, as rational adults, our childish part – explains Dr. Katia Rastelli, psychologist at Humanitas.

Let’s not forget the importance of rituals, and of waiting, at least until a certain age, for Santa Claus: this allows us to share the secret of Santa Claus first among adults, then with the children grown up, from generation to generation, in the magic of growth. Nor should we underestimate the fact that Christmas has always represented that period of fairy-tale waiting for children, shared with adults, and coinciding with the important period in which the whole family gathers to spend time together, quality.

With Santa Claus the child is confronted with an external will

In all this, the figure of Santa Claus has contributed not only to developing the imagination and creativity of children, for example in asking questions about his physical appearance, his character, how to contact him, how to welcome him, etc., but has also been useful to teach the child in a natural way that everything needs his time and his commitment, and, above all, that sometimes there is an external will with which we must relate, that he can decide to satisfy us or not and that sometimes the requests are really too exorbitant and unrealizable (but dream yes!).).

Children, in fact, start from wanting (gifts), writing the letter (with the indication that it should include in the list only those who want more), sending it and waiting, doing their best and hoping that their wishes will be fulfilled. The message that passes is that, if we engage in life, in the end the good things come and the pleasure that comes with it is a lot, especially in the surprise. Just what would seem to be missing for the grown-up children of today, accustomed to everything and immediately, destined to disillusionment. The danger of “trauma”, if we really want to call it that, can eventually be averted by following the normal inclinations of the child, able, from an early age, to ask questions such as: “why does he have a beard a little ‘white and a little’ black?”, “Why are there so many Santa Claus around?”, “How does he do so many miles in a short time?”, and so on.

How to answer children’s questions?

Helping children to move from certainty to doubt with answers such as, for example, “you’re right, it’s a bit strange, who knows…”, can help the process that, generally around 6/7 years old, becomes a reality finding. A bit like saying that children are more awake and capable of what we expect, that they often come to us alone or guided by peers and that the disillusionments that sometimes we have had to face in life, if we have to return even we rational, have never caused irreparable damage to anyone, let alone the discovery of the white lie about Santa Claus. In fact, children seem to be able to distinguish good from bad lies already at 3 years old so that, even for the lie about Santa Claus that has been told for many, very tender years, no adult still bears resentment.

Chronic stress, what are the health effects?

Creativity is reached thanks to alpha brain waves

From fear to phobia: the ten most common ones and how to deal with them