You are reading Type 2 diabetes, Humanitas at the forefront with experimental treatment 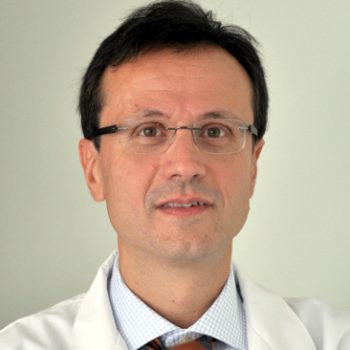 There are nine internationally renowned centers around the world, including Humanitas, for the experimental treatment of type 2 diabetes. This disease is above all an important risk factor for the development of cardiovascular diseases (myocardial infarction, stroke/brain stroke) as well as so-called microvascular complications that can lead to blindness, kidney failure and dialysis, and peripheral neuropathies. The new advanced endoscopy technique called duodenal mucosal remodeling (involving the first tract of the small intestine) is called Revita2. Developed thanks to a study in which the doctors of Humanitas also took part, the new technique is treated in a multidisciplinary manner by three operational units: endoscopy directed by Professor Alessandro Repici, diabetology coordinated by Professor Cesare Berra and endocrinology directed by Professor Andrea Lania.

The study involves the enrolment of voluntary patients between 28 and 75 years suffering from type 2 diabetes, in therapy with oral antidiabetic drugs, not subjected to injection therapy, with glycated hemoglobin values between 7.5 and 10% (index of altered metabolic compensation). Humanitas participated through the enrolment of 15 patients and their follow-up for a total duration of 3 years. To date, the first updates are already available. The first treatment was in fact completed with a course that was very favorable, with patients whose resignation occurred within the day.

“The completion of all the phases of the study will allow evaluating the goodness of the experimental procedure in a short time – explains Prof. Repici. By optimizing the resources of the Centre we have improved the comfort and hospitality of the patient, thus ensuring a point of reference, but also safety and continuity of care to those involved in the study.

Diet and sport can prevent diabetes

Currently type 2 diabetes is controlled by non-pharmacological therapy (diet and physical activity) and drugs that can be taken orally or through an injection. Different classes of drugs are available and they are becoming more and more specific, but nevertheless too many patients still do not achieve the desired objective of metabolic control. Recent studies had shown that the high-calorie diet causes changes in the duodenal mucosa, with consequent alteration of some hormonal signals that regulate blood sugar, contributing first to the resistance to the hormone insulin (the main regulator of blood sugar), then to the dysfunction of the beta cells of the pancreas that produce the hormone and finally to the onset of type 2 diabetes. Alternative therapies are therefore becoming increasingly necessary to obtain more lasting results and the new technique of remodeling the duodenal mucosa is part of this attempt. Remodeling is in fact an esophagogastroduodenoscopy that uses a specific device capable of administering heat to the duodenal mucosa, in a timely and accurate manner and for a very short time. By acting on the intestinal mucosa, the heat restores the normal composition of the hormones produced by the intestine, thus improving the control of blood sugar and consequently diabetes.

“Hypothyroidism, thyroid dysfunction makes you eat more”, is it true or false?

“Pregnancy, controlling the thyroid has no benefit”, is it true or false?

Type 2 diabetes, Humanitas at the forefront with experimental treatment

Diet and sport can prevent diabetes