You are reading When treatment is not essential: these are the main issues 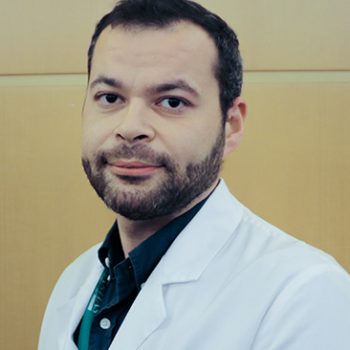 Dr. Andrea Labruto
Specialist in hygiene and preventive medicine of the Health Directorate

There are situations where taking medication or exposure to invasive procedures is not only unnecessary and costly; it is also harmful to health. This is supported by a group of American researchers. According to a study conducted by the University of Maryland and published in Jama, the most abused drugs and clinical examinations are the ones listed below and here is why. We talk about this topic with Andrea Labruto, specialist of Hygiene and Preventive Medicine at Humanitas.

By circumscribing the 10 scientific articles that formed the basis of the most common clinical practices, the researchers were able to draw up a list of the most improperly used drugs.

From a carotid to trans-esophageal ultrasound

The statistical survey published in the Jama has shown that the most uselessly prescribed examinations are the ultrasound examination of the carotid artery, the computed tomography used on patients with mild respiratory symptoms, the CT pulmonary angiography, which is widely used in first aid, and the trans-esophageal ultrasound, a rather invasive technique used to diagnose a series of heart problems.

According to several experiments, the aggressive treatment of localized prostate cancer does not have significant benefits compared to active monitoring in terms of mortality, which increases the onset of erectile dysfunction by 30% in patients treated with surgery and 10% in those treated with radiotherapy.

The same applies to antibiotics, which, if taken when not strictly necessary (e.g. in the presence of a viral infection), can lead to resistant strains of bacteria.

Even the excessive use of heart imaging techniques, the spread of which has tripled in the last decade alone, has not always brought a significant benefit in terms of the number of successful diagnoses. The study compares two groups of patients with low-risk chest pain in first aid: the group undergoing a more engaging anamnestic process had a benefit in better understanding coronary risks and decreasing the need for testing. Unnecessary examinations can therefore be avoided if specific procedures and a more precise anamnestic connection are used. According to a study in which patients were followed for 18 months there are no actual benefits to oxygen therapy in patients with bronchopneumopathy. Finally, according to the study, surgical interventions performed to break the meniscus do not improve long-term mechanical symptoms in patients with degenerative tearing, just as treatments of assisted nutrition in cases of severe malnutrition associated with other diseases do not seem to change the course of the disease.

Hygienism: treatment with fasting is a health risk

Doctors do not always propose inappropriate treatment. A survey conducted by Slow Medicine-Fnomceo showed that 44% of white coats undergo psychological pressure from their patients who require unnecessary examinations.

Using a model similar to that proposed in the United States by the Abim Foundation, the association promoting the ‘Choosing Wisely’ campaign, Slow Medicine and Fnomceo proposed a questionnaire to 4,263 Italian doctors. While almost half are invested with requests for diagnostic examination prescriptions that would end up being useless, 66% of respondents said that patients are inclined to trust their doctor, especially when he or she stands still from their point of view. Obviously, the most “targeted” remain the family doctors, to whom the patients turn first for the prescriptions of the specialist examinations and who are also the least respected by the patients in terms of professional advice.

Increasingly attracted by the “siren noise” of the internet and social networks, patients appear even more confused about examinations and therapies. That is why health professionals must strongly reaffirm their role.

Here is a list of five services, diagnostic or therapeutic procedures, which, although commonly used in clinical practice, are useless, non-determining and also cause unjustifiable risks for patients:

Contagion, how to protect yourself from winter sicknesses?

Hygiene, there are more germs in airport security control trays than in toilets

Change of season, here’s why it’s important to fill up with vitamins and minerals