You are reading Intestine, reflection of wellness: microbiota health and related symptoms 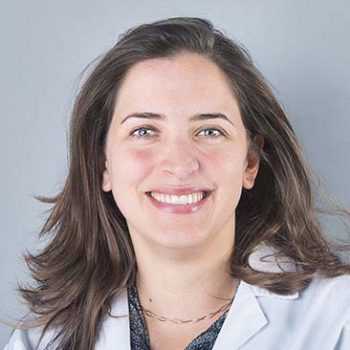 “The first mediators released from our nervous system in response to a stressful event are hormones, including catecholamines and cortisol, which can alter the growth and diversity of intestinal bacterial flora. This is explained by Dr. Stefania Vetrano, researcher at Humanitas and professor of Applied Biology at Humanitas University. There is no doubt that there is a strong link between intestinal disorders and psychosomatic stress. Also called the “second brain” of the body, the health of the intestine is directly linked to that of the brain and beyond. In fact, nutrition is also fundamental in the modulation of intestinal health. We talk about this topic with Dr. Federica Furfaro, gastroenterologist at Humanitas.

“A study carried out a few years ago – continued Dr. Vetrano – has shown that an event of psychological stress, such as the preparation of an examination, can reduce the presence of lactobacilli, good bacteria that colonize not only the intestinal tract, but also the vaginal one”. Lactobacillus cheese and Bifidobacterium are often used as probiotics to strengthen the so-called “good” intestinal flora. A study conducted on university students during exam preparation revealed a significant reduction in anxiety and cortisol levels after daily intake of Shirota Lactobacillus casei, confirming the close association between emotional stress and microbiome alteration. What, then, can help to strengthen it? In addition to the intake of probiotics, prebiotics, substances of food origin not digestible by our body, are essential to promote the development of intestinal bacteria that keep this organ in balance. “We can banally define them as the selective food for bacteria – continued the specialist – Their main function, in fact, is to promote the growth of one or more types of bacteria, especially good ones. They are important for human health because, by selectively promoting the growth of good bacteria such as bifidobacteria and lactobacilli, they positively stimulate our immune system to produce antimicrobial substances and strengthen the barriers of intestinal defense; they improve the functions of absorption of certain substances and reduce intestinal permeability; they restore the biodiversity of microbioma by inhibiting the attack or presence of intestinal pathogenic bacteria. It is precisely the alteration of this biodiversity of the microbiome, phenomenon known as dysbiosis, that is at the base of many pathologies, not only gastrointestinal ones”.

Brain and intestine: what is the correlation?

“The microbiome is the set of bacteria that live in the human body, in particular in the intestine – explained Furfaro – These microorganisms live a very close relationship with the immune system and therefore play a very important role in regulating immune tolerance. When the balance of the intestinal microbiome is altered one speaks of intestinal dysbiosis. This can also be induced by poor nutrition and can increase the risk of inflammation.

Few people know that there is a bidirectional interaction between the central nervous system and the intestinal microbiome. This means that the microbiome can be regulated by the nervous system but also directly affect some of its activities. Just think that the intestinal microbiome modulates the development of our brain by influencing various basic neurological activities such as cognition, learning and memory. In addition to indirectly regulating the synthesis of neurotransmitters such as serotonin, some bacteria are able to synthesize neurotransmitters themselves, which influence the activity of the enteric nervous system and, consequently, many intestinal functions.

“Intestine: bacterial flora is affected by stress”, true or false?

Understanding the intestine, a practical guide

Constipation: combat it through diet with liquids and fibers

Liquids and fibers: This is the magic combination against constipation. The fibers help the intestine to work regularly and the liquids, or water, help make the stools soft. Professor Silvio Danese, gastroenterologist and head of the Centre for Inflammatory Chronic Intestinal Diseases of the Humanitas Hospital and professor at Humanitas University, explained how in the case of constipation, the area to which the doctor immediately turns his attention is the diet: “The first indication is always that aimed at changing eating habits by increasing the intake of fiber up to 20-35 grams per day. It is also important to drink a lot: liquids help to make the stools soft and, therefore, to facilitate their evacuation. That’s why among the individuals most at risk of constipation there are the elderly who, in general, tend to take a few liquids while they should drink about 2 liters of water per day, 8-10 glasses, if possible, always taking into account the associated diseases,” explains the specialist. Moreover, an unbalanced diet, poor in foods rich in fiber, often hides behind the onset of chronic constipation. The fibers, especially the insoluble ones, determine the normal intestinal peristaltic contractions, thus favoring the progression of the fecal mass and its subsequent expulsion.

Irritable bowel syndrome is one of the most common chronic gastrointestinal disorders. About 15% of the world’s population is affected. The disorder can significantly impair patients’ quality of life, as it affects their performance at work, their daily activities and their mood. There are two forms of this disorder: one in which constipation prevails and the other in which diarrhea prevails. In addition to these, “colitis” can also occur in a mixed form, with the alternation of diarrhea and constipation. What are the possible therapies? We start with the diet. According to the specific symptomatological picture, the most suitable diet is first of all defined to face the disorder and help control its symptoms: “It is fundamental that the specialist indicates a personalized diet to the patient because not all “irritable intestines” are the same”, recalls Professor Silvio Danese, gastroenterologist and head of the Centre for Inflammatory Chronic Intestinal Diseases of Humanitas and lecturer at Humanitas University.

Low-FodMap Diet and Other Dietary Directions

For the treatment of irritable bowel syndrome, in clinical practice, the so-called low-fodMap diet was adopted, a diet that strongly limits the intake of a series of sugars, referred to by the acronym FodMap: “These are the polyols and the fermentable di-, mono- and polysaccharides, or short-chain carbohydrates present in various foods. These are sugars that are not adequately absorbed by individuals with an irritable bowel and can therefore trigger symptoms,” explains professor Danese. The diet that reduces the consumption of these foods that “ferment” can thus be prescribed in the case of irritable bowel syndrome, particularly when there is abdominal swelling.

The consumption of vegetables such as asparagus, artichokes, onions, mushrooms and garlic, fruit such as apples, cherries, mango, pears, watermelons, peaches and dried fruit, dried fruit such as pistachios, legumes, cow’s milk and yoghurt, foods obtained from the processing of wheat and rye such as pasta and bread and honey should be limited. Instead, carrots, potatoes, tomatoes, courgettes and eggplants can be eaten; melon, kiwi, strawberries, oranges and mandarins; cheeses such as brie and feta; lactose-free milk; eggs, tofu; white meat; cereals such as quinoa, rice, corn; and dark chocolate.

When the syndrome is characterized by constipation it will be helpful to increase the intake of fibers that can improve intestinal function, soothe symptoms such as pain and abdominal swelling, and facilitate the passage of stools. In the case of an irritable intestine in which diarrhea is predominant, it will be possible to adopt a diet inspired by low-fodMap and it will be useful to consume less food with whole grains and more products with soluble fibers such as oats; avoid consuming products containing sorbitol, an artificial sweetener, drink lots of water, limit the intake of caffeine and eat smaller portions.

In the therapy for irritable bowel it is useful to consume foods rich in “good” fats: “These are the omega-3s contained, for example, in walnuts, in “fatty” fish such as salmon, mackerel, tuna, and flaxseed,” concludes professor Danese.

Celiac disease is a chronic inflammation of the small intestine. It has specific antibodies and creates a flattening of the mucosa of our small intestine with reduction of intestinal villi, until total disappearance. This causes a malabsorption of nutrients introduced into the diet, causing diarrhea, swelling and sometimes anemia. “The therapy for celiac disease is nothing but the suspension of gluten with food,” explained Dr. Benedetto Mangiavillano, Head of Gastroenterology at Humanitas Mater Domini and specialist at Humanitas Medical Care.

Alongside celiac sufferers, however, there are people with symptoms similar to those of celiac disease, such as nausea, chronic fatigue, headache, muscle pain and the feeling of a swollen abdomen referred to as “discomfort”. These patients have a clear benefit when they stop eating gluten-free foods, yet they are not suffering from celiac disease in the strict sense. “This condition, called sensitivity to non-celiac gluten (NCGS) – says Dr. Mangiavillano – is now widespread, so that the proportion of people with NCGS seems to be much higher than that of celiac patients. However, the question still arises as to whether NCGS is the antechamber of celiac disease or a condition in itself. Many patients diagnosed with irritable colon are also patients with NCGS and who return to a condition of psycho-physical well-being once the gluten is suspended, because, as we know, the intestine is our second brain.

Intestinal infections, this is how the bacteria act

Cleansing the intestine: here is what you need to know about colon cleansing