You are reading Probiotics have the same benefits for everyone, true or false? 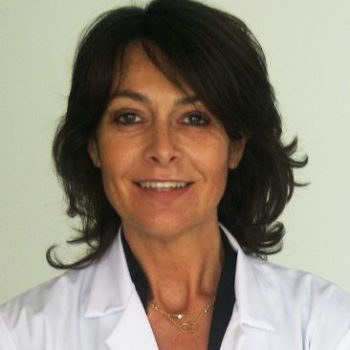 Some people believe that taking probiotics in food or supplements helps the intestinal flora and therefore has equal benefits for all. True or false? We asked Dr. Beatrice Salvioli, gastroenterologist at the Humanitas Hospital.

“False. Our intestine – explains the expert – is colonized by different strains of microorganisms that make up the intestinal microbiota, with their own individual genetic heritage, whose balance (eubosis) or imbalance (dysbiosis) influences various fundamental functions of our body, such as the immune and metabolic system. Classically, probiotics are defined as living microorganisms that, when administered in the appropriate dosage, have benefits for the health of those who “host” them. They are found in many foods, such as fibers and fermented foods, and over-the-counter supplements that are taken periodically even in the absence of a real need or medical indication. Recently, however, scientific evidence has emerged that has re-evaluated the role of probiotics as a “panacea for all ills”. A recent review of the literature on the safety and efficacy of the administration of probiotics has shown that, in addition to the known beneficial effects of a small group of strains of bacteria under certain conditions, there are other disadvantages or even harmful to the health of the body. Specifically, in some situations where immune defences are reduced, such as in malignant tumors and organ transplants, probiotics can cause side effects with possible onset of serious infectious diseases such as sepsis.

In another very articulate and elegant study, published in the journal Cell by a group of Israeli researchers, some very interesting observations emerged on the effect of probiotics in the gastrointestinal tract which, although they were previously known at an anecdotal level, now find confirmation in scientific data. The analysis of the microbiome, i.e. the totality of the genetic heritage and environmental interactions of the microorganisms of the intestinal flora, both in the human and guinea pig intestines, has shown that there is little correlation between the microbiome measured in the faeces and the one that actually adheres to the intestinal wall. That is, the analysis of the microbiota in the faeces does not reflect the colonization of bacteria along the digestive tract, thus indicating that these tests have a limited scientific validity. Moreover, sampling of the mucous membrane of the gastrointestinal tract, following the administration of the most commonly used probiotics on the market, has revealed that there are different resistance to colonization of bacteria taken with probiotics, and this may explain why some people would not get the benefits expected from taking probiotics, even during antibiotic therapy. In humans, it seems that the colonization of bacterial strains is related to the individual characteristics of the microbiome, so in the future research should be aimed at defining the individual factors that determine colonization or resistance to probiotics, so as to optimize the therapy.

Probiotics, a guide to false myths

Nausea after eating, what are the causes?

Belly and emotionality: do you know how to prevent somatization and swelling?