You are reading Obesity and overweight: differences, types and risk factors 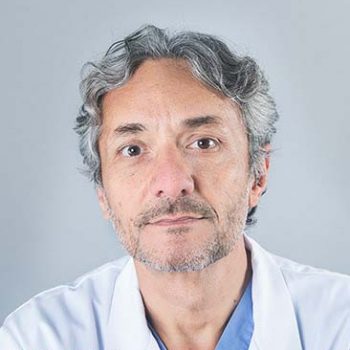 Let us dismantle a myth: being overweight does not mean being obese. These two terms, which in common language are often used as synonyms and in an ambivalent way, in reality in medical terminology correspond to very specific and especially measurable states. There are also different degrees of obesity and a better understanding of the level of severity at which this disease occurs can facilitate the choice of the most effective therapeutic approach. We talk about this topic with Dr. Giuseppe Marinari, Head of Bariatric Surgery at Humanitas.

With 2.8 million deaths per year worldwide, obesity has reached such global epidemic proportions that a serious prevention plan is needed. Between 1975 and 2016, the number of people with this disease tripled, and 41 million children of pre-school age were affected. That is why proper information and adequate nutrition education should be a priority for governments and civil society both in the richest countries, where this disease is now at epidemic levels, and in developing countries, where this disease is growing rapidly. How do you become obese? Genetics account for 30% (therefore being the children of obese people predisposes but does not determine a path toward obesity) and 70% accounts for behavior or the incorrect habit of introducing many more calories than those needed together with sedentariness. Obesity can therefore be combated by a diet rich in fruit and vegetables, low in simple sugars, salt and fat, in which moderate physical activity is never lacking at all ages of life.

While for adults calculating BMI is relatively simple and is calculated by comparing weight and height, finding this indicator is much more difficult for children and adolescents. Pediatricians recommend that all parents calculate their children’s BMI from the second year of age. The sex of the child, the height and date of birth determine the percentile range in which, according to a statistical calculation, the BMI of children and adolescents can be placed.

Underweight: if the number is within the fifth percentile

Normal weight: from the fifth to the 85th percentile

Obese: 95th percentile and above

The 59 types of obesity

There are different types of obesity. According to one of the latest US research on the subject, the results of which were published in 2016 by the director of Obesity, Metabolism and Nutrition Institute of Massachusetts General Hospital, there are up to 59 types.

To date, 25 different genes have been discovered that are related to this disease. A study published in the Journal of Public Health in 2015, which examined the data collected from 2010 to 2012 by the Yorkshire Health Study on a sample of 27,000 subjects (including 4,000 obese), instead focused on 6 macro typologies. The participants in this research were recorded according to parameters such as age, gender, socio-economic status, ethnicity and health status. Particular attention was also paid to three specific habits: alcohol and cigarette consumption and the habit of physical activity. The six macro-profiles of obesity identified have then allowed selecting six different therapeutic approaches dedicated and designed specifically on the basis of the characteristics common to the categorized subjects.

The ineffectiveness of a single approach

If there are so many types of obese people, it is necessary that there are so many different ways of treating this complex pathology, which is the result, as can be seen, of a multiplicity of environmental and congenital factors. The more precise the clinical categorization, the more specific the therapy can be. This is why the direction in which it seems necessary to move is precisely the one that leads to the question of what factors have led the subject to develop obesity, identifying incorrect habits and hereditary causes. This also explains why, in the fight against this disease, a single therapeutic approach cannot be successful on all subjects treated.

Five signals that should never be underestimated

Beyond the categorizations and practical declinations of the complex pathology of obesity, there are at least 5 factors, some of which are behavioral, that dieticians and nutritionists have labeled as dangerous to health. Let’s see what are the main behaviors to which all people, even those who are normal weight, should pay attention and what are the bad habits that, if united by other factors, are able to facilitate the onset of this disease.

The first factor is the importance of regular sleep of no less than 7 hours per night. In addition to preventing heart disease, stroke and depression, it has been widely demonstrated that sleeping an adequate number of hours per night actively contributes to maintaining weight. While we rest, the body has the possibility of self-regenerating and if the time we give it to do so is chronically insufficient, the body tends to release more of the so-called “stress hormones” and other toxins responsible for a constant and harmful inflammatory state. The main hormone is cortisol, which, among other things, facilitates the release of glucose into the blood. This is an evolutionary response that has been very effective since the days of our ancestors, who had an additional chance to react to stress and danger situations and still today helps us to react to stress situations to which we are subjected in daily life. The other side of the coin in this process, which is far less essential to modern man than to cavemen, is that cortisol facilitates weight gain and fat accumulation.

Prioritize home cooking more than 7 times a week. Eating healthy, simply prepared food at home, with fresh ingredients, is one of the most valuable allies of a balanced diet. Statistics show that those who always eat or have lunch outside tend to consume more calorie meals without realizing it and have more chances of developing type 2 diabetes. According to Harvard University researchers, regulars at restaurants and clubs are 13 percent more at risk of developing type 2 diabetes and obesity than those who eat prepared lunches or dinners at home more than 6 times a week.

Follow a diet low in sugar and fat. Fried food, added fat, sweetened drinks instead of water, red meat and sausages and alcohol at will. Constant consumption of these foods increases the risk of becoming obese even if you sleep enough and if you practice sports regularly.

Do not use the car every day to go to work. Sedentary life is an enemy of weight. In a study analyzing the habits of 15,000 UK residents, it was found that people who went to work with their own vehicles statistically had a higher body mass index than those who used public transport, cycling or walking to work.

Maintain a healthy lifestyle especially if you have a family history with the disease. The inheritance of a disease is certainly a factor that cannot be controlled. The past, and even less so if it is not ours but that of our ancestors, is not modifiable and obesity is a disease that can be hereditary in nature. If the genetic risk is therefore present and established, for some subjects it will be even more important to keep the aspects of their lives on which it is really possible to intervene directly under strict control.

Children can also develop obesity, and this is all the more serious because the bad behavior learned at an early age is certainly the most difficult to combat. In addition, if children are not properly addressed, they tend to develop a stronger and more complex psychological relationship with food. In a study in the UK of 1,203 children, researchers found that those aged 5-7 who were used to a high-fat diet and often ate fast food were 2-4 times more likely to become overweight after the age of 9 than those who ate healthy.

In the light of this, it emerges how better to avoid serving small but abundant portions and snacks that are too caloric. What is true for snacks is also true for carbonated drinks. In a 2013 study involving 9,600 children aged 2 to 5 years, researchers at the University of Virginia’s School of Medicine found that those who regularly consumed sugary drinks at age 5 had a 43% higher chance of being obese than their peers.

So we have the green light for fruit and vegetables and simple meals. Finally, never skip breakfast, which, especially for children, is the most important meal of the day.

Reduce hunger with a non-invasive technique that affects the brain

Obesity and tumors, the correlation is proven

Microbiota, overweight adolescents have a different one