You are reading Cataract: an aid from vitamin K? 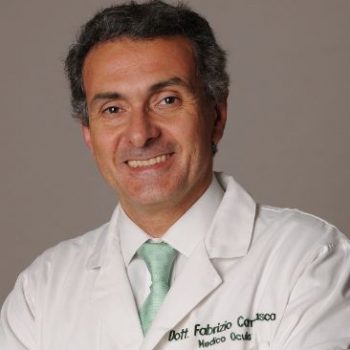 Cataracts are one of the most common visual conditions in old age and one of the leading causes of blindness in the world. Aspects related to the prevention of this disease have been the subjects of several research projects. Among the last ones, a recent study published in Jama Ophthalmology has associated a reduction of cataract risk to the intake of vitamin K in the diet. It is a fat-soluble vitamin, also produced in small quantities by bacteria in our intestines: this micronutrient seems to help the body in the production of proteins necessary for blood coagulation as well as some proteins in the bones. Vitamin K is present in particular in foods of plant origin such as spinach, cabbage, black cabbage, turnip greens, but it is also contained in soya oil and strawberries. We talk about this topic with Dr. Fabrizio Ivo Camesasca, specialist in ophthalmology at Humanitas.

The authors of the study, coming from different Spanish research centers, analyzed the data referring to 5,860 individuals, with a slight prevalence of women and an average age of sixty-six. They had participated in a previous randomized clinical trial focusing on the role of the Mediterranean diet in primary prevention. The information on the participants’ diet was collected by means of questionnaires. After a follow-up of more than five years, 768 cases of cataracts were diagnosed. By grouping the involved population according to vitamin K amounts, a lower risk of cataract was found in participants who reported the highest intake compared to those who reported a lower intake.

“The first reasoning that must be made is that, in order to carry out studies of this kind with sufficient statistical significance, large populations must be followed for a prolonged period of time – Camesasca commented. Furthermore, it would be advisable to identify in advance with the greatest possible certainty the substances that could potentially cause alteration of the proteins of the lens of the eye by reducing transparency, and to carry out appropriate investigations on these substances. A literature review shows that, in recent years, many different substances have been investigated and have shown an apparent potential to reduce the incidence of cataracts: diets rich in fruits, vegetables, starchy foods, fish, as well as high intakes of vitamin C, E, B and beta-carotene. It is therefore premature to draw any direct conclusions from the study referred to above.

Glaucoma, can the risk be reduced with physical activity?

The lens is the natural lens located inside the eye, behind the iris, which ensures the focus of images at different distances. Cataracts are diagnosed when the lens loses its transparency. When this disease occurs, light is less transmitted and the vision is tarnished. Classic symptoms include blurring of vision and glare in bright sunlight.

In addition to the progressive maturation associated with age and exposure to UV rays, cataracts can be accelerated by the coexistence of other diseases, such as diabetes mellitus, or the prolonged intake of drugs such as cortisone. The precise causes of this progressive loss of transparency of the lens are not yet fully specified, and the involvement of inflammatory and oxidative processes is hypothesized. For this reason – as the authors of the study published in Jama Ophthalmology recall – scientific research is trying to understand whether nutrients with antioxidant properties can have a protective role against cataracts.

What are the modifiable risk factors that can be controlled to reduce the likelihood of cataracts occurring? “Epidemiological observation clearly shows that people exposed to high doses of UV rays (sailors, peasants, tropical inhabitants) develop cataracts earlier – said Humanitas’ specialist. Adequate protection against this radiation, if exposure is prolonged over time, is indicated. As mentioned above, good blood glucose control in diabetics delays cataract onset. Excess sugar in the tissues, in fact, accumulates in the crystalline changing the refractive characteristics and therefore the sight, even in a very short time.

Sight, after the age of 70 visit an ophthalmologist once every twelve months