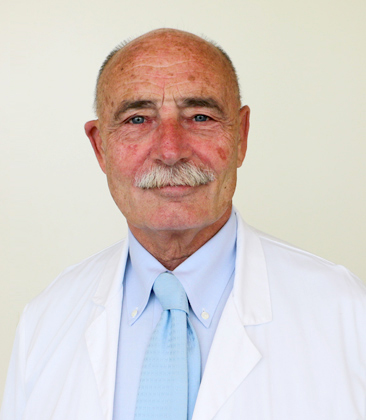 Head of the Centre for Knee Joint Reconstruction

He holds 9 patents and he is the author of more than 400 scientific articles published in international journals, 48 book chapters and 6 monographs.

He has participated as a faculty member in more than 400 congresses across Europe, Asia and America.

Qualification to practice in the USA (1st part) in January 1978 passing the test of the Educational Commission for Foreign Medical Graduates (ECFMG) and reporting the medical portion the score of “75”.

Qualification to practice in the USA (1st part) and passing the test of the Educational Commission for Foreign Medical Graduates (ECFMG).

Director of the Department of Orthopedic Pathologies – Complex Traumatology