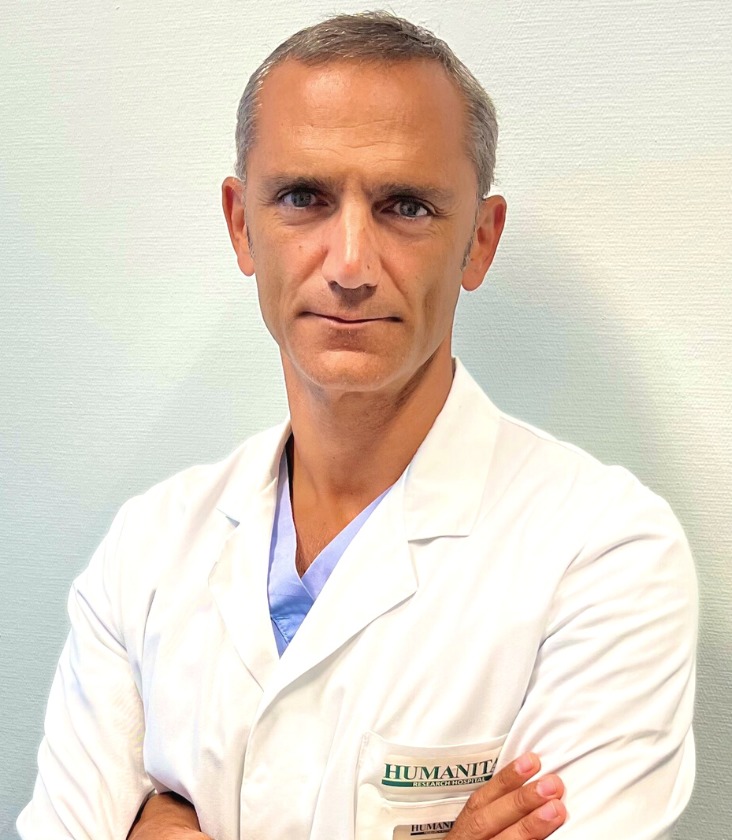 Prof. Antonino Spinelli is the Director of the Division of Colon and Rectal Surgery, and is Full Professor of Surgery at the Humanitas University.

He graduated as MD in 2001 at the University of Milano. During his education he was awarded with several scholarships; he trained for two years at the University of Berlin – Charitè, at the Dept of General, Visceral and Transplantation Surgery. He obtained his PhD on Surgical Physiopathology discussing a thesis on enhanced recovery for laparoscopic colorectal surgery in 2011.

Prof. Spinelli is focused on advanced minimally invasive techniques, included single-port surgery and transanal surgery (TAMIS, TATME, TTSS), and has a special interest on enhanced postoperative patient recovery. Furthermore, his Division is a referral center for colorectal disease and is well known for sphincter saving procedures for rectal cancer and for Inflammatory Bowel Disease (IBD).

Prof. Spinelli is General Secretary of the European Society of Coloproctology (ESCP) and Board Member of the Guidelines Committee (GuiCom) of the European Crohn’s and Colitis Organization (ECCO).

He is a Member of the International Organization for the study of Inflammatory Bowel Disease (IOIBD) and several other national and international scientific societies.

He authored/co-authored more than 325 Pubmed indexed papers, more than 370 Invited lectures and: